2G scam | Kanimozhi, six others to apply for bail

2G scam | Kanimozhi, six others to apply for bail 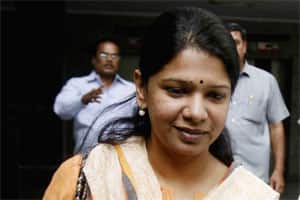 On Saturday, special judge O.P. Saini said there was enough prima facie evidence against all the accused for the court to determine their guilt, or otherwise, through a trial. The court framed all the charges by prosecutors against each of the 14 accused persons and three firms.

Saini set 11 November as the date for the trial to commence. The prosecution is expected to bring forth 28 witnesses in the first round. Investigators relied on 125 witness statements, along with documentary evidence to draw up the charge sheet in the case.

The Central Bureau of Investigation (CBI) is unlikely to oppose the bail plea of Kanimozhi on this occasion. Previously, the special court as well as the Delhi high court and the Supreme Court had denied bail to Kanimozhi and others on the grounds that the magnitude of the crime was unprecedented.

This time, Kanimozhi and others are applying for regular bail, since charges in the case have now been framed.

Karunanidhi met Sonia Gandhi, president of the ruling Congress party, on Saturday in Delhi and is expected to stay in the capital as the special court takes up his daughter’s bail plea.