"storyDirectUrl"
OPEN APP
Home >Industry >Which are the horticulture hotspots of India?

Which are the horticulture hotspots of India?

Better access to irrigation and higher demand from consumers pushed small farmers to grow more fruits and vegetables. Production of horticulture crops overtook that of foodgrains for the fourth straight year in 2015-16—282 million tonnes compared to 252 million tonnes. 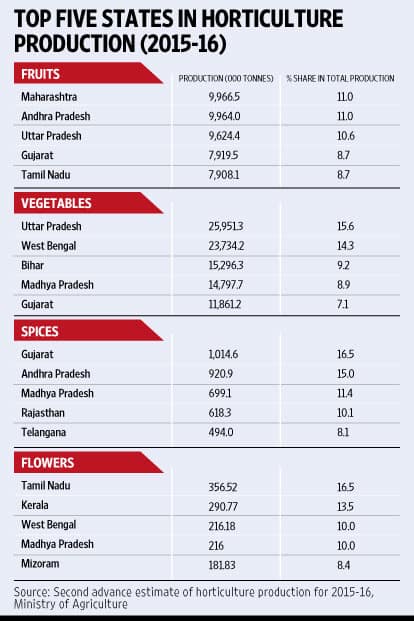 Where is the growth coming from, or where are the horticulture hotspots in India? An analysis of state-wise production figures (Table 1) shows that three states- Maharashtra, Andhra Pradesh and Uttar Pradesh-grew nearly a third of all fruits in India. For vegetables, Uttar Pradesh, West Bengal and Bihar contributed nearly 40% to India’s production.

The story in all of this is that Indian agriculture has moved beyond the green revolution states of Punjab, Haryana and western Uttar Pradesh—India’s foodgrain basket. Also, horticulture production is spread out across states, except for, among others, apples in Jammu & Kashmir and grapes and in Maharashtra (Table 2). This means that small farmers across the country are sharing the gains of horticulture’s success. 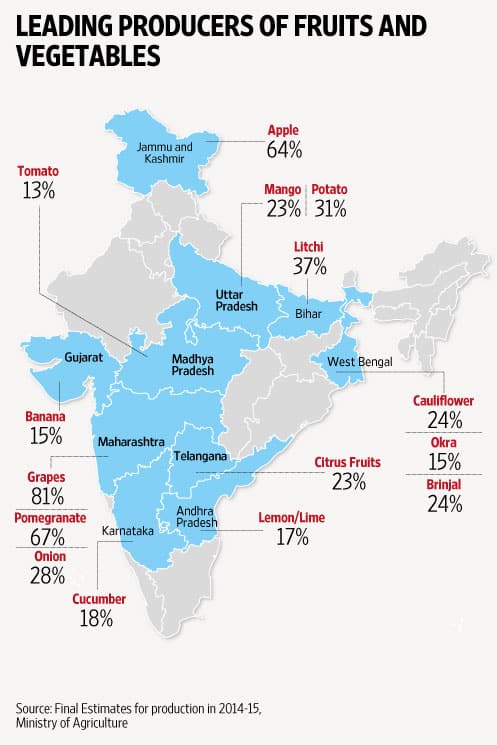