Nusa Dua, Bali: In a significant development, countries at this year’s United Nations Climate Change Conference unanimously agreed to go ahead with the operationalization of the climate change adaptation fund.

It was a key part of the Kyoto Protocol, signed in 1997. An announcement is expected on Tuesday. 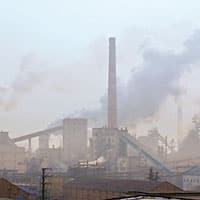 Corrective measures: There is unequivocal scientific evidence that rich nations will have to cut emission by 25-40% below 1990 levels by 2020 to avoid impacts of climate change.

“It is definitely a big step for the United Nations Framework Convention on Climate Change (UNFCC) and a success for developing nations at this conference. A decision has been taken and all countries have agreed to this," said Jayant Mauskar, joint secretary at the ministry of environment and forests and part of the Indian delegation. “EU was nitpicking on this issue earlier but they have... agreed now."

The UN adaptation fund, which will disburse funds to developing nations to adapt to the adverse effects of climate change, such as drought, floods and crop failure, has been held by the UNFCCC. Till now, the fund has collected about $67 million (Rs264 crore) by charging a 2% cess on carbon credit transactions in the clean development mechanism (CDM). CDM is an arrangement under the Kyoto Protocol that allows industrialized countries with greenhouse gas reduction commitments to purchase carbon credits generated by projects that reduce emissions in developing countries.

Last week, however, there was a rift within the G-77 on how the disbursed money will be handled in the receiving country. “The least developing countries (LDCs) were of a different opinion as they did not want international multilateral funds meddling within the country in terms of implementation. But that also has been resolved now," said a delegate at the conference, who did not wish to be identified.

LDCs had been wary about the Global Environment Facility (GEF), a body set up by the UN to assist developing countries on environmental issues, approving projects eligibile for the adaptation funds and the administration of this facility. “That has been resolved now. UNFCCC will take care of the approvals, GEF will administer it and the World Bank has been chosen as the trustee for the fund," said Mauskar.

The fund, however, is meant for the most vulnerable countries. “India wants the most deserving nations to get money out of this. We might just submit one proposal because we are eligible for it," said another Indian delegate, who did not wish to be identified.