Pranab Mukherjee | The finder of solutions

Pranab Mukherjee | The finder of solutions

Kolkata: It is 7pm when Pranab Mukherjee finally heads back to rest after a gruelling 10 hours spent campaigning in his Jangipur Lok Sabha constituency, riding an open jeep across cratered dirt roads, braving a blazing sun and swirling clouds of dust.

Ten minutes after passing the last village on his itinerary, the cavalcade comes to a halt when police and intelligence officers escorting the convoy realize they have lost their way. There’s nothing the minister for external affairs and seasoned troubleshooter can do except wait for help to arrive while officials squabble about who is to blame. Eventually, a motorbike rider appears out of the darkness and leads the convoy up to the highway that leads to Jangipur town.

Losing one’s way is one of the occasional hazards of being on the campaign trail, but Mukherjee is trying to make sure he won’t lose the election. The Congress party veteran says he is confident of retaining the seat, but is spending more time in his constituency than he did in 2004. In his own words, “There’s so much to do for my constituency because this might well be my last election."

At 73, Mukherjee is fighting only his second election to the Lok Sabha, from a constituency he won in 2004 by a margin of 37,000 votes, after having been a member of the Rajya Sabha since 1969. 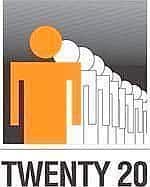 This day, when he arrives in Jangipur town, in Murshidabad district of West Bengal, there’s no rest to be had. He is met by an army of Congress workers resentful of the party’s alliance with Mamata Banerjee’s Trinamool Congress.

The decision to team up with the Trinamool Congress wasn’t an easy one, explains Mukherjee, speaking to Mint late in the evening.

A large section of workers felt the Congress had gotten a raw deal because it will field candidates for only 14 out of 42 Lok Sabha seats in West Bengal under the seat-sharing agreement with Banerjee, although it has six sitting members of Parliament from the state compared with the Trinamool’s one.

Mamata is the most popular leader (in West Bengal)…and people want change. So the conclusion was there is a groundswell of support for this alliance," Mukherjee says. He is confident that aggrieved Congress workers would eventually appreciate the rationale for this alliance.

That is characteristic of Mukherjee’s pragmatic attitude that has steered the Congress through many difficult situations, says confidant Sukhendu Sekhar Roy, a lawyer and former legislator, who accompanies Mukherjee wherever he goes.

Mukherjee’s chequered political career started in the 1960s. His inspiration was his father Kamada Kinkar Mukherjee, a freedom fighter and a Congress activist, who had spent at least 10 years in jail in British-ruled India. In July 1969, Mukherjee became a Rajya Sabha member and caught the attention of then prime minister Indira Gandhi. In February 1973, she appointed him deputy minister for industrial development, and in less than three years he was given independent charge as minister for revenue and banking, a post he held till March 1977, when the Congress lost power after the Emergency.

Mukherjee didn’t desert his mentor in the years she was out of power. In January 1978, he was rewarded for his loyalty and included in the Congress Working Committee (CWC)—the highest decision-making body of the party. Over the next two years, he helped the Congress regroup and return to power in a landslide victory in January 1980, and was made a cabinet minister. Besides commerce, he was given charge of the steel and mines ministry. In two years, Indira Gandhi appointed him finance minister with additional charge of the commerce ministry as well.

Mukherjee had cemented his position as the No. 2 in the government when on 31 October 1984 Indira Gandhi was assassinated by two of her Sikh bodyguards.

On that day, Mukherjee and Rajiv Gandhi, Indira Gandhi’s elder son, were touring West Bengal, recounts Ray. “On hearing the news, Mukherjee wept inconsolably, as if he had lost his mother."

Rajiv Gandhi succeeded Indira Gandhi. Within months, Mukherjee fell out with Rajiv Gandhi and was dropped from the cabinet. He continued to be a member of the CWC for a year more before he quit and launched his own party in January 1986. “It was sabotage by a number of top Congress leaders. They poisoned Rajiv’s mind," says Roy.

The estrangement between Mukherjee, considered a staunch Gandhi family loyalist and Congress apparatchik, and Rajiv Gandhi didn’t prove to be a permanent breach. In December 1989, the Congress lost power and Rajiv Gandhi and Mukherjee reached a rapprochement. Less than two years later, when the Congress returned to power under P.V. Narasimha Rao after the assassination of Rajiv Gandhi, Mukherjee was made deputy chairman of the Planning Commission.

Mukherjee, who had by then abandoned the party that he had founded, worked closely with Manmohan Singh, who was then the finance minister, in taking forward the programme of economic reforms.

In 1993, he returned to the Union cabinet as commerce minister, and after a two-year stint was moved to the external affairs ministry. Mukherjee’s term ended in May 1996, when the Congress suffered its worst loss in a general election until then.

In 2004, when the Congress-led United Progressive Alliance, or UPA, returned to power, he was named defence minister. In two-and-a-half years, he was moved to the external affairs ministry and given the challenge of negotiating the civilian nuclear agreement with the US and the Nuclear Suppliers Group.

Mukherjee also played a crucial role in the UPA winning the July 2008 trust vote in Parliament after the Left had parted ways from the ruling coalition over the nuclear deal.

Somnath Chatterjee, a fellow Bengali and Speaker of the 14th Lok Sabha, is an admirer of Mukherjee. “I admire him for his memory," says Chatterjee. “Without looking at any notes at all, he could deliver long speeches, giving details and facts, which were always correct."