Opec holds the key to Indian economy’s fortunes in 2019

The decline in oil prices has made India an attractive investment destination yet again, but policymakers and investors would do well not to ignore the fundamental weaknesses in India's macroeconomic balance sheet

New Delhi: Even as foreign institutional investors pull out money from the country, the rupee is witnessing a smart recovery over the past few trading sessions. The reason behind this paradox is simple: falling crude oil prices, which is hovering near the $50 per barrel mark for the first time in 16 months.

Oil has been the major bugbear of the Indian economy. A sharp rise in oil prices this year raised fresh concerns about India’s outsized dependence on oil imports. The fears of widening current account and fiscal deficit had spooked investors and made the rupee the worst-performer among emerging markets currencies.

The decline in oil prices seems to have reversed the rupee-dollar trade. 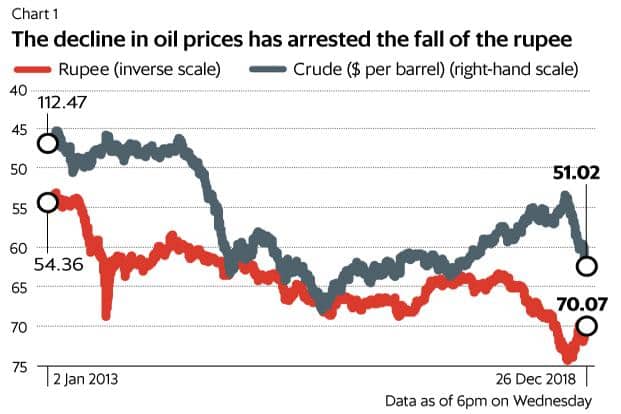 However, the fundamental weaknesses in India’s macroeconomic balance sheet remain. Owing to populist pressures ahead of elections in 2019, the fisc is under strain, and sluggish export growth has left the current account vulnerable to shocks. A spike in oil prices, could therefore widen the twin deficits once again. The trajectory of oil prices will have as much bearing on the health of the economy in 2019 as it did in 2018.

What makes 2019 different though is the near-consensus on a decline in global growth, which is expected to temper oil prices, at least in the first half of the next calendar year. The growth slowdown in the largest economies of the world has already begun. According to provisional estimates of the Organization for Economic Cooperation and Development (OECD), real GDP growth of G20 countries eased to 0.8% in the third quarter of 2018, from 1% in the previous quarter.

Ten years after the global financial crisis of 2008, the world is yet to recover from its after-effects. The rising tide of protectionism in the post-crisis world has only served to dampen the recovery by slowing down trade and investment flows across the world. 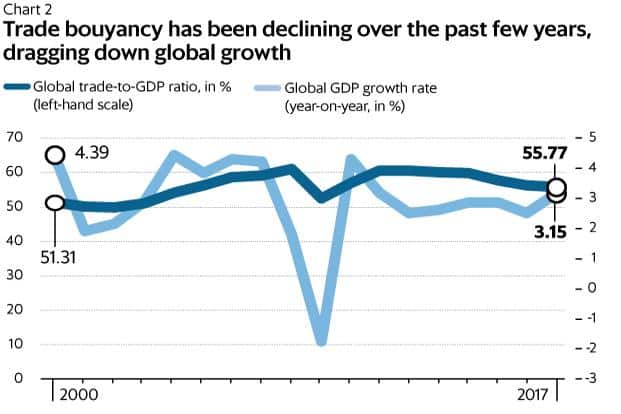 With US-China tensions escalating over the arrest of a Chinese telecom executive in Canada, the prospects of a prolonged tariff-cum-technology conflict appear very real.

The slowdown in the global macroeconomy is likely to dampen oil prices but the big unknown is the response of the oil cartel, Organization of the Petroleum Exporting Countries (Opec). Opec’s influence on global crude oil prices has diminished as production outside the cartel, primarily by the US and Russia, has grown. 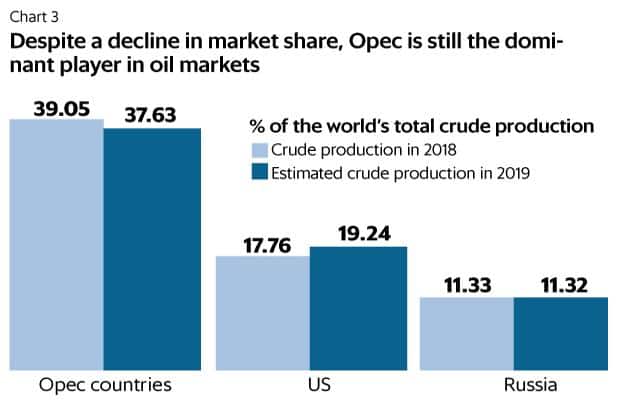 Yet, with Opec members continuing to be the major producer of crude oil in 2019, they will wield significant influence on oil markets globally. Oil production cuts by Opec would therefore continue to add volatility to oil markets globally in the coming year.

For now, investors seem to be betting on subdued oil prices in the coming months, with speculators turning increasingly bearish over the past few months. 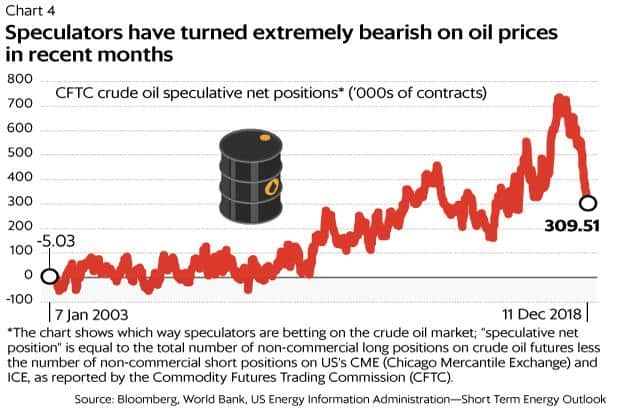 The decline in oil prices has made India a more attractive destination compared to earlier. But policymakers and investors would do well not to ignore the fundamental weaknesses in India’s macroeconomic balance sheet which the oil price shock of 2018 brought to the fore.