New Delhi: The trial in the 2G spectrum allocation case that involves high-profile politicians, business tycoons and corporate honchos began on Friday with the deposition of two witnesses in a cramped courtroom. (Read story)

New Delhi: Lending a new direction to the much-awaited trial in the multi-crore 2G spectrum scam, Reliance Capital’s AN Subramaniam retracted from his earlier statement to the CBI and said he could not recall under whose advice he had issued a letter for opening an account with HDFC Bank for Swan Telecom. (Read story) 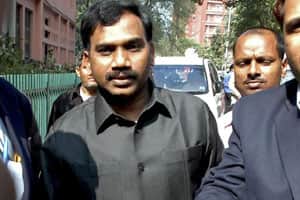 A. Raja’s efforts to stall 2G foiled by court

New Delhi: Former telecom minister A. Raja’s effort to put the brakes on the trial in the 2G case was turned down by the special court on Friday, which, incidentally, saw the start of witness testimony. (Read story)