New Delhi: As part of the 12th Five-Year Plan starting in April, the government is likely to set aside around ₹ 500 crore towards connecting government offices across the country via optical fibre cable (OFC) to ensure that key administrative units and other essential departments are not cut off in the case of a natural disaster or other emergencies, two officials in the department of telecommunications (DoT) said. 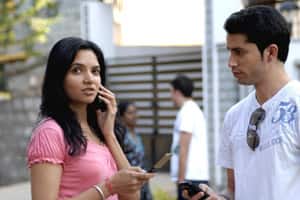 The secure network will be a part of the OFC network being built for the defence forces by state-run telecom service provider Bharat Sanchar Nigam Ltd (BSNL). The proposal for the backbone network, piggybacking on the defence network, was reported by Mint in October 2009.

The network will be built according to security and safety specifications designed by the defence forces in consultation with security experts, and will enable the offices to be connected not only via email but also VoIP (voice over Internet protocol) and mobile communications, to some extent.

“The specifications of the network are largely based on what the defence forces have asked for," the DoT official said.

However, the network will not allow connection to external email and Internet servers such as Gmail, Yahoo and Skype as they are outside India’s jurisdiction and also can be hacked into.

“In case of an incursion or interception by enemies of the state, finding and prosecuting the perpetrators will be difficult if we allow external input," the second official said.

The network will be routed via the National Internet Exchange of India (Nixi) that oversees Internet administration and handles the Indian government’s internal communication network.

The estimated cost has also taken into account the necessity for maintenance of the network as well as research and development so as to keep it as efficient and safe as possible on a continuous basis.

BSNL is currently building a 40,000km OFC network for the defence forces in return for them to vacate scarce spectrum needed by the country’s telecom service providers. The security at both the end-point and within the network provided by optical fibre networks makes the medium a preferred communication backbone.

Last month the telecom commission, India’s highest policy decision-making body for the telecom sector, asked the defence ministry to examine whether BSNL was justified in seeking an additional ₹ 5,000 crore to build the defence OFC network.

The cost of laying the network was earlier estimated at ₹ 2,000 crore. But it went up to ₹ 7,423 crore after the armed forces demanded alterations to the network’s security structure. The government has approved a budget of ₹ 9,175.16 crore for the entire project. In November, the finance ministry dismissed BSNL’s plea for a 50% hike in the budget for laying the network as it was not convinced by its logic.