New Delhi/ Bangalore: The Indian government is exploring the idea of providing sovereign guarantees to oil tanker operators, similar to what Japan did recently, as it looks for ways to keep oil flowing from Iran in the face of European Union sanctions that take effect on 1 July.

Indian tanker owners will lose access to Europe’s insurance market on that date as the 27-member EU embargo bans insurers based there from covering Iran oil shipments.

The EU and the US have been seeking to force Iran to abandon its nuclear programme, which they allege is aimed at making atomic weapons. Iran has defended itself, saying the project only has peaceful purposes. 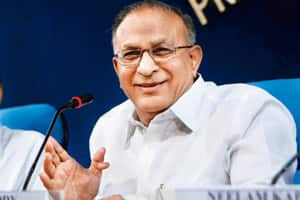 “We are exploring various case scenarios. Our worst-case scenario is to extend sovereign guarantee to ships carrying Iranian crude. We have asked the DFS (department of financial services) to consider this," said a top official in India’s ministry of petroleum and natural gas on condition of anonymity due to the sensitive nature of the issue.

Finance ministry officials did not respond to phone calls.

If India adopts this option, it will be similar to Japan’s decision to enact a law a few days ago providing sovereign insurance to tanker operators that import Iranian oil.

Local fleet owners have asked the government to put in place an alternative cover to continue transporting crude from the Persian Gulf nation.

Consequently, state-run reinsurer General Insurance Corp. of India (GIC) has agreed to provide third-party liability cover of up to $50 million to ships engaged in transporting crude from Iran.

This is just 5% of the $1 billion liability cover provided by London-based International Group of Protection and Indemnity Clubs (IG Clubs), a 13-member group that among themselves insure about 95% of the global tanker fleet and follow European Union law.

GIC is working on the finer details of the product that has to be filed with the Insurance Regulatory and Development Authority (Irda).

The GIC plan is taking time, and the delay could mean that oil refiners will not be able to ship crude from Iran at least in July, according to an executive at a Mumbai-based shipping company.

India Steamship, which handles a part of refiner Mangalore Refinery and Petrochemicals Ltd’s (MRPL) requirements, loaded its last cargo from Iran on 17 June and it will arrive on Saturday, the executive said.

Other owners such as Shipping Corp. of India Ltd, Great Eastern Shipping Co. Ltd and Mercator Ltd have halted shipments from Iran. India Steamship is the shipping unit of Chambal Fertilisers and Chemicals Ltd.

“For voyages that are concluded on or after 1 July, there will be no insurance cover. So, how can we load the cargo from Iran," asked another executive with a shipping company.

Another alternative being explored is to buy crude from Iran on a cost, insurance and freight (CIF) basis. This requires a waiver from the shipping ministry because a federal policy mandates state-run refiners to favour local fleet owners while arranging shipping when crude is purchased on a free-on-board (FOB) basis.

Under CIF contracts, the responsibility of shipping the crude lies with the Iranian supplier, which will have to fall back on state-run National Iranian Tanker Co. (NITC) to ship the cargo to India. NITC itself is covered under sanctions and runs on a guarantee given by the Iranian government.

“CIF is a better option as all the work has to be done by them (Iran). We are looking at all options available before us," said the petroleum ministry official cited earlier.

But shipping industry executives said the permission to buy crude on CIF basis may not help much because NITC does not have the type of ships that can call at India’s ports. Because of depth restrictions, many ports can’t accommodate oil supertankers that mostly make up the NITC fleet. NITC will also find it difficult to hire the right ships from the market to ship crude to India because fleet owners will be reluctant to call at Iran for fear of any backlash from the EU, said another Mumbai-based shipping industry executive, requesting anonymity.

Hinting at wider diplomatic implications, petroleum minister S. Jaipal Reddy said, “We have decided not to discuss this issue too loudly and too frequently."

India is the world’s fourth largest oil importer and a major customer for Iran’s 1.7 million barrels per day of oil exports. India buys 14-15 million tonnes (mt) of crude oil a year from Iran, of which state-run MRPL Ltd alone imports 9-10 mt a year.

The US extended exemptions from its tough, new sanctions on Iran’s oil trade to seven economies, including India, South Korea and Turkey, on 11 June in lieu of curtailing oil imports from Iran.

India, which used to import 12-13% of its crude oil needs from Iran, has cut the imports to 8-9%. The sanctions come into effect on 28 June.

“We have told them that we will maintain it at around 10% of our total imports. However, our demand is also growing," said the petroleum ministry official quoted above.

In another development, the government on Friday moved towards a politically sensitive decision to cap the number of cylinders per customer by launching an LPG (liquefied petroleum gas) portal that captures the “individual pattern of LPG usage, LPG booking status, LPG refill history or request for surrender of their connection, highest consumption consumers, subsidy availed etc".

Reddy tried to downplay the issue and said, “This portal merely provides data. Whether it is to be used for other purposes is to be decided later."

He also hinted at a possible cut in petrol prices. “We are relieved that the prices of crude oil have eased. We are watching the situation."

In another development, the Reserve Bank of India (RBI) has directed state-owned oil companies to buy half of their dollar requirement for oil imports from a single public sector bank.

RBI feels that oil firms seeking a single quote for their dollar requirement, instead of the present practice of enquiring with several public and private sector banks, will help check volatility and arrest the rupee’s free fall.

Remya Nair and PTI contributed to the story.