The hurdles ahead for universal health coverage

Going by recent evidence, the govt's attempts to pass on some costs of the proposed National Health Protection Scheme to insurers or states may not go down well

Going by recent evidence, attempts by the government to pass on some costs of the proposed National Health Protection Scheme—which aims to provide 100 million poor households with an annual health cover of Rs5 lakh each—to insurance companies or states may not go down well with either.

In 2016-17, of the Rs30,392 crore worth of premiums collected by health insurers, only 10% came from government-sponsored schemes. These government schemes, however, accounted for 77% of people covered in the portfolio of health insurers, illustrating their low coverage—for example, the coverage under RSBY is just Rs30,000 per household. 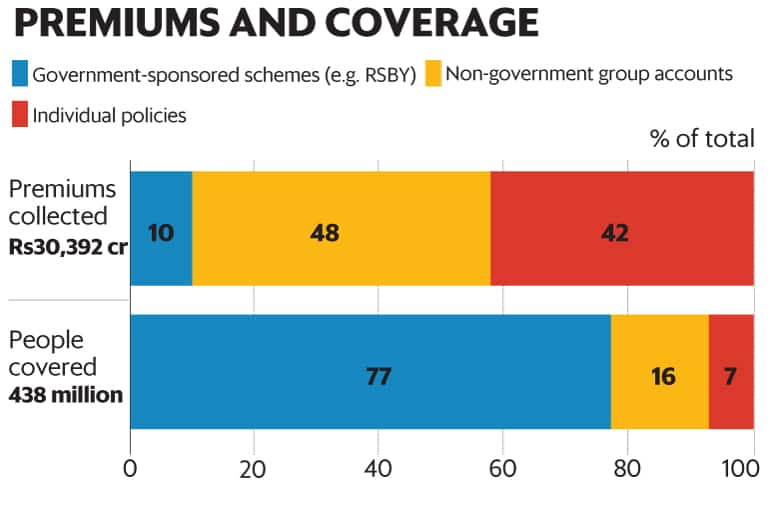 By expanding coverage to Rs5 lakh per household under the new scheme, in terms of coverage and premiums, the government will effectively move some part of this 77% bucket to the second group bucket. Premiums will increase, but so will claims.

A useful metric of profitability is net incurred claim ratio, or claims as a percentage of premiums collected. A ratio above 100 indicates a loss-making portfolio. In the last five years, economics of both group categories has worsened for insurers, and the government now wants to expand this manifold. This is especially true for public sector insurers, who are the main supporters of RSBY and whose overall net incurred claim ratio has shot up from 103% in 2012-13 to 122% in 2016-17 (as against 84% for private sector insurers). Alternatively, the government could ask states to foot a share of the premium. It does so with RSBY in a 75:25 ratio—the premium ranges from Rs163 to Rs799 for a Rs30,000 family cover. Yet only 61% of target households identified in the 15 states offering RSBY are enrolled. Thus, if the centre were to ask insurers and states to share costs, it would have to come up with a construct that makes it worthwhile for them for benefits to truly reach 100 million vulnerable households. 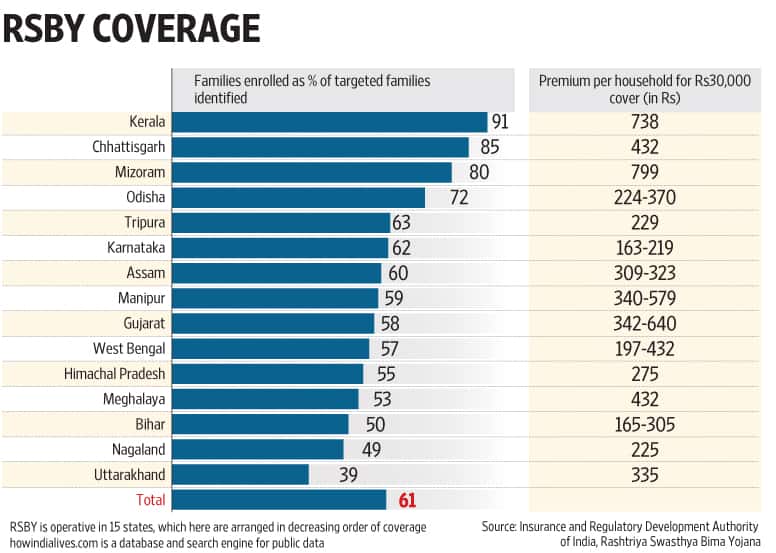