Thanks for Visiting Mint
You seem to have an Ad Blocker on. Please turn it off in order to continue, or whitelist Mint
HOW TO TURN OFF AD BLOCKER
OR
REFRESH IF YOU ALREADY TURNED OFF THE AD BLOCKER
Home >Politics >News >Sarangi player Ustad Sultan Khan dies 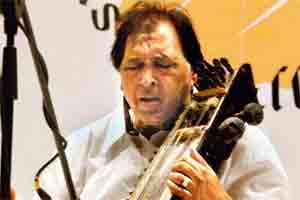 Khan is survived by his second wife Bano Khan, son Sabir and two daughters. His funeral will be held in in Jodhpur on Monday.

Credited for reviving sarangi, Khan was famous for his extraordinary control over the instrument and his husky voice.