The IAF will procure 214 FGFAs, of which 166 aircraft will be single seaters, while the remaining will be twin seaters. “The twin-seater variety would be assembled at Hindustan Aeronautics Ltd (HAL)," Browne said. 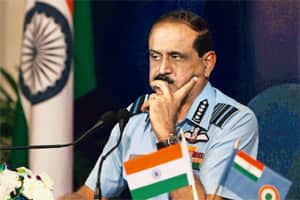 Most of the IAF’s inventory is of Russian origin. But in recent years, India has been sourcing military hardware from other countries, including Israel, Britain and France.

Meanwhile, the ministry of defence (MoD) could open the financial bids for acquiring 126 medium multi-role combat aircraft for the IAF in the next couple of weeks. There are two contenders left in the race for the deal. “The envelopes will be opened by the third or fourth week of October," Browne said.

Browne said a meeting of the defence acquisition council is likely to be held on Friday, which will consider various aspects related to the deal.

According to defence procurement procedure (DPP), under which India makes acquisitions from foreign vendors, the shortlist is followed by the opening of commercial bids. On the basis of the bids, MoD will determine the lowest bidder, after which cost negotiations will begin.

“We want to maintain a constant force level of 34 squadrons till 2022, by when we could have 42 squadrons," Browne said.

“The IAF is facing a serious problem of obsolescence. Barring the Sukhois, most other aircraft are in the process of being refurbished or being phased out," said Deba Ranjan Mohanty, senior fellow at New Delhi-based Observer Research Foundation.

The IAF is also set to acquire six more C-130J Super Hercules transport aircraft manufactured by Lockheed Martin in addition to the six that had been ordered in 2008 at a cost of $1.05 billion.

The IAF will also acquire an additional 59 Russian-origin Mi-17 V5 helicopters, the IAF chief said. It had ordered 80 such helicopters in 2008. Browne also said that in addition to the IAF, the home ministry was also looking at acquiring an unspecified number of the same helicopters.