Processing qualified audit reports may be tough for Sebi: analysts

Processing qualified audit reports may be tough for Sebi: analysts

New Delhi: The capital markets regulator’s attempt to spruce up the quality of financial reporting by listed companies may fall short of its intended goal, especially in relation to so-called qualified audit reports, some analysts say.

The Securities and Exchange Board of India (Sebi) on 26 June notified a mechanism to process such annual audit reports filed by companies.

A “qualification" in an auditor’s report on a company’s annual financial accounts typically indicates a disagreement between the auditor and the firm’s management and may indicate that the auditor considers the accounts to be misleading.

The auditor indicates his disagreement by including a statement in the report. Reports with such qualifications are called qualified audit reports. 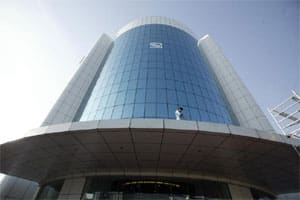 Sebi’s new mechanism involves the creation of a Qualified Audit Report Review Committee (QARC), which will consist of representatives from the Institute of Chartered Accountants of India (Icai) and the various stock exchanges, and will help Sebi in dealing with qualified audit reports.

Sebi’s mechanism includes the imposition of new penalties as well a restatement of accounts in case the qualification is significant.

Once a stock exchange reviews the audit report, it will refer it to Sebi, which will, in turn, refer it to the QARC. If the qualifications are significant and the management’s explanations aren’t satisfactory, QARC will refer the matter to the Financial Reporting Review Board (FRRB), which comes under the Icai.

If these bodies contend that the qualification is significant, they would finally refer the matter back to Sebi for penal action.

“It is a step in the right direction. However, (the) Companies Act also needs to be aligned with respect to this requirement," said Dolphy D’Souza, a partner at Ernst and Young Global.

The Companies Act 1956, which regulates companies in India, does not allow for restatement of accounts once the annual general meeting (AGM) of a company has cleared them, D’Souza said.

“Globally, restatements are more common and are done to correct errors identified in the financial statements or to reflect changes in accounting policies," notes an advisory by KPMG India on the issue. “However, it is unclear whether QARC or FRRB will provide management with an additional opportunity to clarify its position on the qualification or whether the explanation provided by the company in the director’s report will be deemed to be the company’s response."

Chopra also pointed to the laxity of implementation of regulation in India. “Typically, in India, I am in trouble only if someone catches me, else I go scot free," Chopra says.

Jamil Khatri, head of accounting advisory services at KPMG in India, echoed Chopra’s view. “The challenge before Sebi is that they do not have the proper infrastructure to implement this. In the US, the Securities and Exchange Commission has all the infrastructure internally to deal with such issues."

“The registrars of companies, who should have addressed this matter many decades ago, have almost never bothered. That is the main reason for India having more qualified audit opinions than any other country in the world," said Nawshir Mirza, a fellow of the Icai. “In most countries a qualified audit opinion on financial statements would be treated with great concern by the management and board of the corporation concerned."

The registrars of companies come under the ministry of corporate affairs.

Another analyst, who did not want to be identified, said that there is often a “casual approach" to accounting and “people are often quiet about it" (accounting fraud).