Thanks for Visiting Mint
You seem to have an Ad Blocker on. Please turn it off in order to continue, or whitelist Mint
HOW TO TURN OFF AD BLOCKER
OR
REFRESH IF YOU ALREADY TURNED OFF THE AD BLOCKER
Home >Politics >Achuthanandan removed from politburo

New Delhi: Kerala chief minister V. S. Achuthanandan was removed from the Communist Party of India (Marxist), or CPM, politburo on Sunday, but his arch rival Pinarayi Vijayan was spared any punishment in a move that underlined party chief Prakash Karat’s continued writ over the CPM. 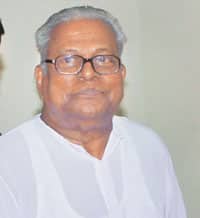 Vijayan, who is a suspect in a 13-year-old corruption scandal, is also Kerala party secretary. The case relates to the grant of contract to a Canadian firm, SNC-Lavalin, for modernization of the Pallivasal, Chengulam and Panniyar hydro-electric projects in Kerala during the Left Democratic Front rule in 1998 when Vijayan was the state’s power minister. The comptroller and auditor general in a report said that the state lost Rs374.5 crore because of the deal.

“The central committee is of the view that comrade Pinarayi Vijayan...was not involved in any corrupt practice whatsoever," the central committee statement said. The chief minister had gone against the party’s stand of defending Vijayan over his alleged involvement in the SNC-Lavalin case.

The move may widen the fissures in the Kerala state unit of CPM, which faced a drubbing in the recent Lok Sabha elections, winning just four of the state’s 20 seats. The party had won 12 seats in the previous general election.

Although Achuthanandan can continue as chief minister of Kerala, his removal from the politburo may upset his supporters and is likely to diminish the party’s prospects in the 2011 state assembly elections.

By showing the exit door to Achuthanandan, who is one of the three remaining members who walked out of the national convention of the undivided Communist Party of India in 1964 to form the CPM, for “violating the party’s discipline" and by not taking any action against Vijayan, Karat has signalled his supremacy in the cadre-based party despite the recent electoral setback.

In the four-hour-long politburo meeting on Saturday, Karat almost alone opposed any action against Vijayan.

Although Karat was later supported by S. Ramachandran Pillai and Kerala home minister Kodiyeri Bala-krishnan, a majority of the politburo members, including Brinda Karat and Sitaram Yechury, were of the view that Vijayan should step down from the party post for his alleged involvement in the case.

However, according to a senior CPM leader who did not want to be identified, Karat argued that the central leadership of the party should back Vijayan, who enjoys the support of a majority in the Kerala unit, given that the CPM had always been maintaining that the case was “politically motivated" and it would fight it “politically".

The politburo then proposed to the central committee that disciplinary action be taken against the Kerala chief minister for his anti-party stand.

Some analysts attribute the decision to technicalities in the party constitution.

“For the central committee to take any action, there has to be a specific charge of indiscipline by the party member in question. While there was no such charge against Vijayan, there was a serious one against Achuthanandan," said V. Krishna Ananth, Chennai-based political analyst and columnist.

“Achuthanandan was guilty of breaching the party discipline and going against its stand by speaking against what the Kerala state committee had decided—to support Vijayan in the Lavalin case...," V. Krishna Ananth added.