Mumbai: Television producers have stopped rolling in a dispute over workers’ pay, marking a new low in a strained relationship with unions. 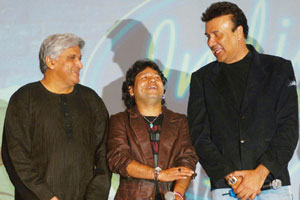 The indefinite move by production houses, including Miditech Pvt. Ltd, the company behind Indian Idol, and B.A.G Films and Media Ltd, which produces political satire show Poll Khol, comes after days of disruption and intimidation on television sets by members of the Federation of Western Indian Cine Employees (FWICE), which accuse production houses of reneging on wage agreements.

“As a producer, I think it is time for everyone to sit down and make sense of this," said Nikhil Alva, chief executive of Miditech. “We have a goonda raj (gangster rule) attitude in Bombay. It has to stop."

The Film and Television Guild of India (FTGI) spearheaded the latest call for “non-cooperation". It comes nearly three weeks after a strike over wages and working conditions called by FWICE paralyzed the film and television industry for three days. The guild said the wage hikes being sought by the unions were not realistic.

“The FWICE wants a hike we cannot afford," said Dheeraj Kumar, vice-president of FTGI. “We are not against a rise. We are open to it but it depends on the extent."

However, some production houses, including Balaji Telefilms Ltd, which have paid their employees the wages stipulated under agreements with the unions, escaped disruption to filming schedules.

But that was not the case for other sets, which saw disruptions, said FWICE president Dharmesh Tiwari, adding that only those production houses that “had not fulfilled their commitments" in line with the agreement were targets.

Meanwhile, producers sought to involve broadcasters in the verbal melee. Broadcasters on their part, concerned that producers are seeking to pass the wage hikes onto them, refused to get drawn into a war of words.“This is a matter for the producers to sort out with the workers," said a spokesman for Star India, the company behind the Star Plus channel.

Peter Mukherjea, chairman and chief strategy office at INX Media Pvt. Ltd, added: “I don’t think broadcasters have a line of sight for what producers pay their technicians."