New Delhi: The chances of India’s pharma and biotech researchers discovering new drugs through work outsourced to them by multinational firms are not too bright, an analysis of patenting trends published in Friday’s edition of Current Science journal has found.

The findings ought to be “a matter of concern", to the Indian government, and unless remedial steps are taken, the “prospects for original drug discovery in India are poor", said the study led by Gayatri Saberwal of the Institute of Bioinformatics and Applied Biotechnology, Bangalore. 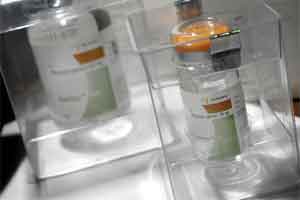 To quantify these, the authors looked at 4,094 patents granted across disciplines that included aerospace to agriculture filed in the US patent office with an Indian affiliation. Of these only 207 suggested genuine, pharma-related outsourcing to India and follow-up interviews with concerned scientists—to confirm the work was done locally—could only ascertain 20 of these.

“Thus, there is probably a long way to go for Indian companies to undertake highly innovative work, at least in the context of outsourcing," the authors said.

While the bulk of India’s drug and biotech market is reverse-engineering globally developed medicines and conducting clinical trials, the market for developing new drugs and jointly developing drugs along with foreign firms is an emerging market.

According to industry estimates, the drug discovery and clinical trial markets hovered between $0.4 billion and $0.8 billion and was growing at nearly 15% a year. To be sure, industry experts said the nature of the pharma and biotech industry, which requires heavy investment and carries a high risk of failure, would necessarily mean that much of the work outsourced to India would be less inventive.

“Companies will credit you with invention only if you put in equity," said Chandrasekhar Nair, founder director of Bigtec Labs, which is set to bring to the market its own globally-patented diagnostic device. “There is work of good quality happening here. Moreover, a patent that reflects in the databases usually takes many years and the pharma biotech sector is just about beginning to take off in India."

Another expert said India’s developmental needs were such that it would be impractical to expect significant drug discovery anytime soon. “To be good at drug discovery, you need long experience in product development and funds," said M.K. Bhan, secretary, department of biotechnology. “We can invest in relevant vaccines for India but can’t be aiming them for the US and European markets. There’s nothing less innovative about being a global generics player and that’s what’s profitable for the country now."

The researchers qualified their assertions saying their approach has limitations. “The inventorship on a patent related to outsourced work may not be a perfect measure of innovative activity in the Indian company, but it provides one lens through which to understand the R&D activities of such companies," they said.