In booming economies from Asia to Eastern Europe, cement is the glue of progress. The material that binds the ingredients of concrete together, cement is essential for constructing buildings and laying roads in much of the world. 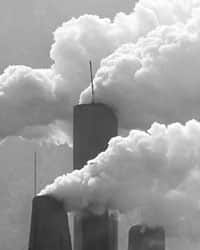 Compounding the problem, cement has no viable recycling potential, as the abandoned buildings that line roads from Tunisia to Mongolia demonstrate. Each new road, each new building, needs new cement.

“The big news about cement is that it is the single biggest material source of carbon emissions in the world, and the demand is going up," said Julian Allwood, a professor of engineering at Cambridge University.

“If demand doubles and the best you can do is to reduce emissions by 30%, then emissions still rise very quickly."

Worse yet, green incentives may be allowing the industry to pollute even more. The European Union subsidizes Western companies that buy outmoded cement plants in poor countries and refit them with green technology.

Many of the world’s producers acknowledge the conundrum. “The cement industry is at the centre of the climate change debate, but the world needs construction material for schools, hospitals and homes," said Olivier Luneau, head of sustainability at Lafarge SA, the Paris-based global cement giant. “Because of our initiatives, emissions are growing slower than they would without the interventions."

Cement manufacturers have invested millions of dollars in programmes like the Sustainable Cement Initiative, yet many engineers like Allwood see “sustainable cement" as something of a contradiction in terms, such as vegetarian meatballs. Lafarge, a leader in introducing green technology to its field, has improved efficiency to reduce its emissions from 763 pounds, or 347kg, of CO2 per tonne of cement in 1990 to 655 in 2006. Its goal is to get to 610 by 2010, but it expects it will be difficult to get much below that number.

Lafarge, which bought 17 cement plants in China in 2005 and has holdings throughout Eastern Europe and Russia, acknowledges that its emissions are growing year by year.

“Total emissions are growing because the demand is growing so fast and continues to grow and you can’t cap that," Luneau said. “Our core business is cement, so there is a limit to what we can change."

Cement is certainly a good investment these days.

“The construction market is booming in Eastern Europe, so cement factories are booming," said Lennard De Klerk, director of Global Carbon, a Budapest firm that arranges investments in Ukraine, Russia and Bulgaria. “All the big cement companies, such as Lafarge and HeidelbergCement AG, have bought existing facilities there that generally use fairly outdated technology and that waste a lot of energy."

Carbon trading schemes— green incentives created by the European Union and the Kyoto Protocol—encourage such purchases. But they also allow manufacturers to increase overall cement production, both in the developing world and in the US.

The European Union effectively limits production of European cement makers in their home countries by capping their allowed yearly emissions. In places such as Ukraine, meanwhile, there are no limits, so cement production can increase there without regulatory caps.

Moreover, European companies get allowances known as carbon credits to pollute more for use at home by undertaking green clean-up projects elsewhere. So buying an old Soviet factory and investing in converting it to green technology can bring multiple paybacks.

“They can invest in Ukraine and Russia, clean-up, and earn carbon credits—the investment is much more attractive than it used to be," said De Klerk, whose company brokers such “carbon" investments. Factoring the value of the carbon credits into the cost of refitting a factory in Ukraine, the predicted rate of return rises from 8.8% to close to 12%, he said. Once outmoded plants are refitted with “clean technology", their emission per tonne of cement produced does decline. The Podilsky plant in Ukraine is being refitted with greener kilns—financed by the Irish cement manufacturer CRH to earn carbon credits—and energy consumption per ton of production is forecast to drop 53%.

But even that sharp drop may not be enough to stop the inexorable growth in cement emissions in the aggregate, or compensate for the new lease on life that refitting provides old factories that otherwise might have shut their doors. Production went up more than 10% in Ukraine in 2005 and again in 2006. Old factories that for years were running at half capacity are now churning out cement as never before, propelled by booming economies and foreign investment.

And cement, which used to be produced and used locally, is increasingly shipped long distances. On the Internet, cement brokers are now selling relatively cheap Ukrainian cement to all corners of the world. Demand is particularly high in West Asia.

Unlike many industries, cement has a basic chemical problem: The chemical reaction that creates cement releases large amounts of CO2 in and of itself. About 60% of emissions caused by making cement are from this chemical process alone, Luneau said.

The remainder is produced from the fuels used in production, which may be mitigated by the use of greener technology. So, to “go green", cement makers try to cut the fuel side of the equation. When they buy plants in the developing world they often turn from a water-intensive system to a more energy efficient “dry" system. Ten percent of the fuel used by Lafarge is biomass and alternative fuels.

One industry project called the Cement Sustainability Initiative suggests that concrete should be mixed using smaller portions of cement to reduce emissions, and that cement buildings be given better insulation so that they are more energy efficient. But there is less incentive for cement manufacturers to take on fundamental changes in how to make buildings and roads.

Western cement manufacturers emphasize that the emissions problem cannot be solved until China and India and other booming economies realize that they must limit emissions as well.©2007/INTERNATIONAL HERALD TRIBUNE