How India coped with demonetisation

A question on the minds of commentators has been how India coped with the withdrawal of Rs1,000 and Rs500 notes in November, which reduced the stock of currency in circulation by a third. By the end of December, going by data released by the Reserve Bank of India (RBI), the stock of currency in circulation had fallen to nearly half of what it was before the currency withdrawal (figure 1). 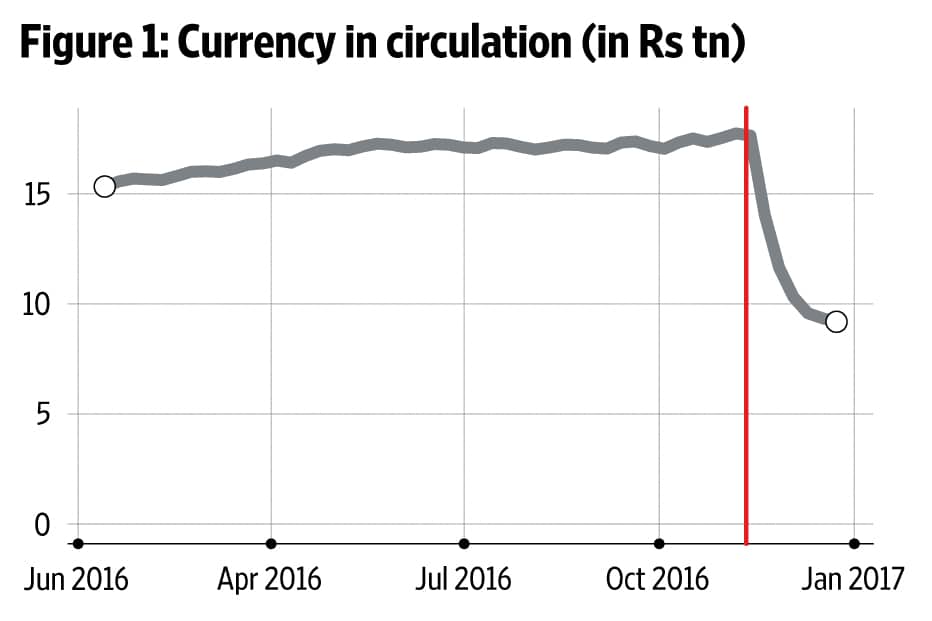 Expand
MORE FROM THIS SECTIONSee All

Last week, RBI finally released November data for “payment systems indicators" (a data set available on its website which is updated monthly), which can help throw light on how the way India transacted changed following the withdrawal of the high-value currency notes.

As expected, people reacted to the withdrawal of cash by swiping their cards more often. Debit cards were swiped at points of sale 234 million times in November, nearly twice the monthly average for the first nine months of the calendar year (figure 2). Interestingly, the increase in the use of credit cards at points of sale wasn’t as spectacular (figure 3). What is notable, however, is that people used their credit cards for smaller transactions, with the average ticket size of a credit card sale falling to about Rs2,700 for November, down from over Rs3,000 over the first nine months of the year (figure 4). 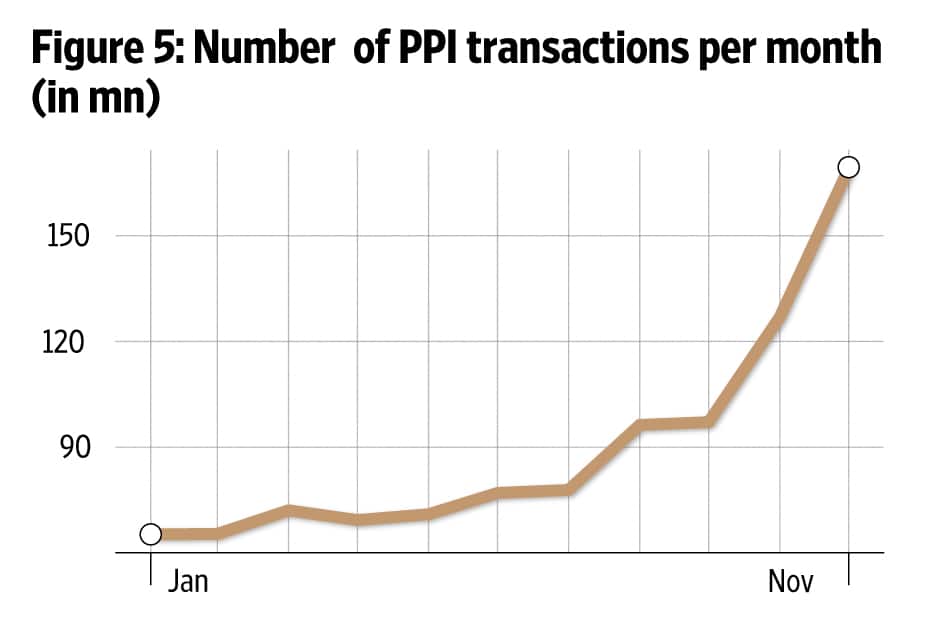 The average value of such transactions had already been falling, and it dipped significantly following the currency withdrawal—indicating people used these methods for small transactions (figure 6). In the wake of the withdrawal of currency notes, Indians also wrote more cheques. The total number of cheques written had been falling steadily over the years (March is an aberration due to the financial year end), but saw a small revival in the wake of demonetisation (figure 7). 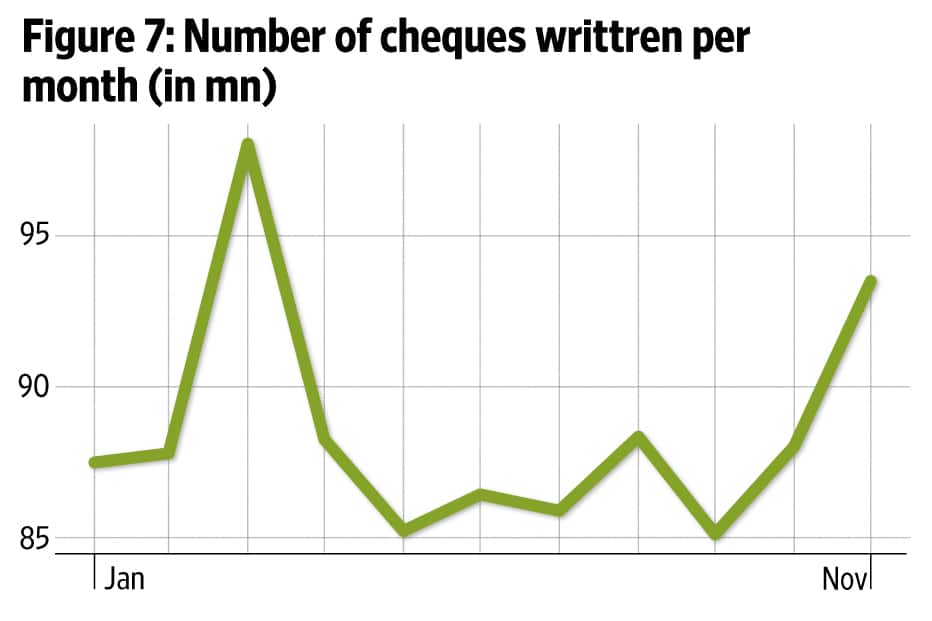 What this also tells us is that while the banking system was crippled due to the focus on currency exchange, it wasn’t to the extent that it hindered the cheque clearance process. Interestingly, people used cheques for smaller amounts following the note withdrawal, with the average amount written on a cheque falling to Rs63,000, compared to Rs73,000 earlier in the year.

Mainstream electronic payments, surprisingly, showed a negative trend. Real-Time Gross Settlement (RTGS), National Electronic Funds Transfer (NEFT) and Immediate Payment Service (IMPS) all saw a drop in the number of transactions in November (compared to October), which is surprising since one would have expected people to use these electronic transactions more. The total value transacted using RTGS (mostly used for business payments) went up, though. Elsewhere, ATM withdrawals expectedly dropped in terms of the number of transactions and value significantly, given the cash shortage and withdrawal limits.

Overall, while the currency withdrawal did result in a sharp change in the use of payment mechanisms, it is not clear how much of this change is transient, and how much is a permanent impact. We will need to wait for the data for January, or maybe even February, to see if the note withdrawal has had a “permanent impact" on the way Indians transact.