New Delhi: A dispute between Fashion Television BVI, the global broadcaster of fTV, and its Indian licensee reached India’s Supreme Court on Wednesday.

The case will come up for hearing on 20 January. 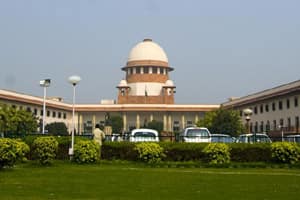 FTV India has asked the apex court to prevent fTV from entering into any other business ventures in India till the dispute is resolved.

In August 2001 a five-year agreement was concluded between fTV and its Indian partner, which included broadcasting rights in India and franchising fBars, the channel’s branded night clubs. This could be automatically extended by another seven years if a joint venture company was not formed between the two parties.

Initially, FTV India was to pay its foreign partner a minimum guarantee of $720,000 per annum and the channel remained a paid one for Indian viewers.

However, in 2003, FTV India went free-to-air, triggering the dispute between the two sides over revenue sharing and outstanding payments. Since then the relationship has remained tumultuous.

On 24 May, 2011 the Delhi high court restrained fTV from terminating the agreement. This injunction was later removed by an arbitral tribunal.