As a new govt takes charge in mid-2014, labour market reforms will be a critical ingredient to accelerate growth and boost employment

As a new government takes charge in mid-2014, labour market reforms will be a critical ingredient to accelerate India’s growth rate and boost employment, which has stagnated in recent years, says a report by Goldman Sachs. Manufacturing employment is weak, the scale of production is small, and 93% of the workforce is in the informal sector, said the report, which found that states with more liberal labour laws generate more jobs in the manufacturing sector. 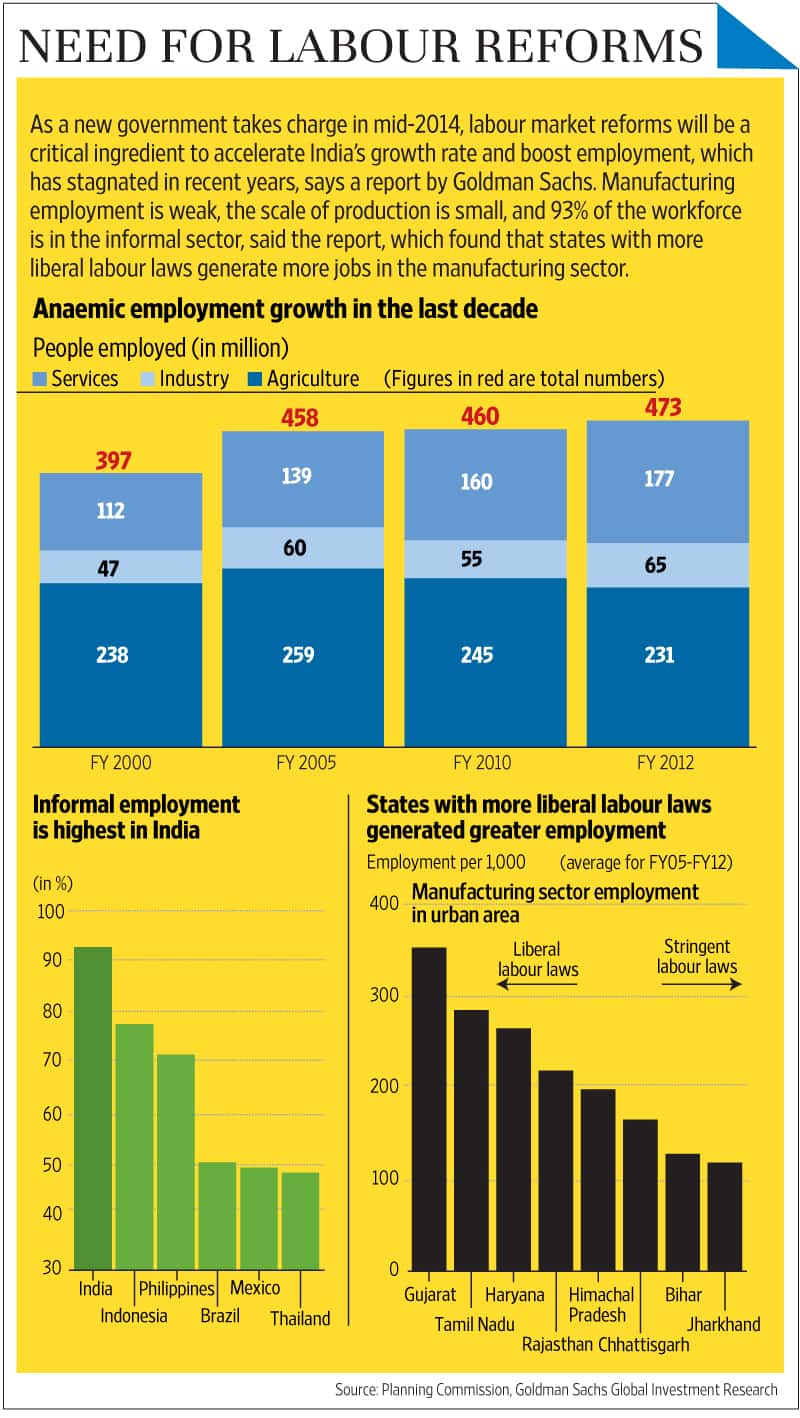