Firms may have falsified equipment orders to get coal blocks

Firms may have falsified equipment orders to get coal blocks

New Delhi: Several companies allotted captive coal blocks for their power projects claimed to have placed orders for power generation equipment with Chinese manufacturers to strengthen their candidature—only, these were not really orders.

An engineering, procurement and construction (EPC) contract works like this: the buyer identifies a supplier and awards it the contract, but this doesn’t become an order till the former pays an advance and sets a delivery date.

“There were many who claimed that they had placed EPC orders with Chinese manufacturers such as Dongfang Electric Corp. and Harbin Power Equipment Co. Ltd to improve their chances. But they never placed any firm orders. That’s a question that needs to be asked," said the chief executive officer of a private sector power firm who spoke on condition on anonymity.

This seems common knowledge in the power business, although Mint couldn’t immediately identify companies that claimed to have placed orders for power equipment in a bid to strengthen their case. Mint also couldn’t immediately reach Dongfang Electric and Harbin Power Equipment for comment. 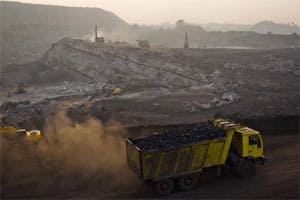 A Delhi-based power sector expert, who also didn’t want to be identified, confirmed the modus operandi and said, “The suppliers don’t have a problem to issue such a letter. The question is whether any money was paid. To be fair, it is extremely difficult to verify such orders. Things such as equipment or land made a company go up the ladder (in the coal block allotment process), although nobody knew the process of selection. One made the case and then it was a lottery."

A second power sector expert, who, too, spoke on condition of anonymity, confirmed that this was common practice.

While power utilities placed orders for overseas equipment largely because of the inability of local manufacturers to meet growing demand, India has already decided to impose an import duty on power generation equipment in a move that will benefit domestic firms.

Amol Kotwal, associate director (energy and power systems practice) for South Asia and the Middle East at Frost and Sullivan, said, “A lot of companies who have got coal blocks have benefited through this modus operandi. However, it is imperative that the concerned authorities need to look at the actual progress on the project on ground and take necessary actions if required."

“The cases have been registered in connection with the allegations related to getting coal blocks allocated on the basis of misrepresentations and false claims in the applications, presentations and connivance/lack of due diligence on part of public servants," CBI said in a release.

Chinese imports are relatively cheaper because equipment makers from that country benefit from low interest rates and an undervalued currency. Undervaluing the currency makes exports cheaper and increases demand of products.

Sahil Makkar contributed to this story.