The bid documents for new power projects capable of generating 4,000 megawatts (MW) may not have any provision to pass on increases in imported fuel costs arising out of legal changes to customers.

This could deter private investment in India’s power sector, said a lobby group of private utilities.

“We are not reviewing the issue of imported coal as the committee thought the present conditionalities are adequate enough to meet any exigencies," a senior power ministry official said. 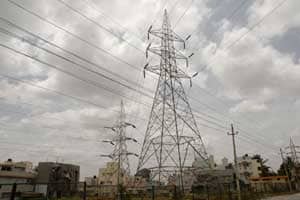 “It has been decided that there will be no change in bid documents for imported coal-based projects," another official said. Both officials spoke on condition of anonymity.

A Reliance Power spokesperson didn’t respond to questions emailed on Friday. A Tata Power spokesperson in an emailed response pointed to Ashok Khurana, director general of lobby group Association of Power Producers (APP), for queries regarding the matter.

“This development is very surprising. No one takes a 25-year risk," Khurana said. “We have been demanding the inclusion of a material-adversity clause in the bid documents that provides available relief in the case of a force majeure event overseas."

Force majeure refers to unforeseeable circumstances such as natural disasters, fires, and political, legal or regulatory changes that prevent someone from fulfilling a contract.

“Current contractual framework under SBD (standard bid documents) does not protect power companies from coal price changes triggered by any ‘change in law’ event in the coal exporting country," according to a report by Mercados EMI, an energy consulting company. The report was prepared at the behest of APP.

India intends to build at least 16 power plants of 4,000MW capacity that will be bid out to private firms to build and operate. Of the four such plants that have been bid out, Reliance Power was the successful bidder for coal pit head projects at Sasan in Madhya Pradesh and Tilaiya in Jharkhand, and the imported coal-based project at Krishnapatnam in Andhra Pradesh. The imported coal-based project at Mundra in Gujarat was won by Tata Power.

Of the 12 new projects to be awarded, each of which requires an investment of around 20,000 crore, five are expected to be based on imported coal. Coal demand in India is expected to grow from 649 million tonne per annum (mtpa) now to 730 mtpa in 2016-17, making the country heavily dependent on imported coal, given the projected local availability is only 550 mtpa.

“The review has also specified that separate bids will be called for domestic coal linkages and captive coal blocks for creating a level playing field as coal from these two sources are differently priced. The attempt is to mitigate the developers’ risk in terms of fuel from domestic sources," said the first official quoted earlier. “The final decisions on the standard bid documents will be taken shortly by an inter-ministerial group."

Australia and Indonesia have made changes that has made coal imports expensive for Indian companies that own mines in those two countries. Rising demand at home prompted Indian and Chinese companies to invest in the coal sector in Australia and Indonesia, causing prices of thermal and metallurgical coal to rise and leading governments there to seek a greater share of revenue.

Indonesia now uses price benchmarking to capture higher royalty and income taxes, which are pegged to the price of coal, while Australia has imposed a minerals resource rent tax—a levy on profits generated from the exploitation of non-renewable resources, levied on 30% of so-called super profits accruing from the mining of iron ore and coal.

The ministry had set up a panel to review the standard bid documents of all proposed power plants in the country, being developed through the so-called Case 1 or Case 2 route, to mitigate risks taken by developers.

Bids for power procurement are sought in two ways. In Case 2 bidding, such as the one for UMPPs, resources such as land, fuel and water linkages are identified, and in some situations also provided to the developer quoting the lowest power tariff. In Case 1, the quantity and time of power procurement is identified, but fuel type, sources and the location of the plant are not specified.

R-Power has sued HT Media Ltd, publisher of Mint, in the Bombay high court over a 12 May 2010 front-page story in Mint that it disputed. HT Media is contesting the case.