Bangalore: Five years ago, Briton Robert Mackie, 36, asked his employer Jaguar Cars Ltd for a transfer to China, but was turned down. In August 2008, some five months after the luxury car maker had been bought by Tata Motors Ltd, his boss told him there was a job opening in India and asked him if he was interested. 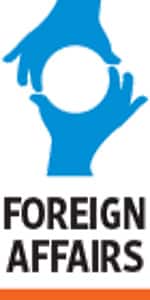 Mackie had been bitten by the travel bug and was craving excitement and new career opportunities. India offered an additional incentive—it’s the country where his mother was born (in Darjeeling) and he was curious to discover it. What clinched his decision was that work experience in India would look “very, very good" on his resume.

That was also the time when turmoil in Western markets was starting to peak; the month after Mackie accepted the India job offer, Wall Street investment bank Lehman Brothers Holdings Inc. collapsed, triggering a global credit crunch. The US, Europe and Japan tumbled headlong into the first simultaneous recession since World War II.

The opportunity of working in the world’s second fastest growing major economy, and declining overseas industries and job insecurity in their home markets are driving an increasing number of expatriates to employment in India and Indian companies, which are trying to tap readily available foreign expertise in their quest to expand.

Executive search firm Amrop, which has done a research study on expatriates in Indian companies, found that an “India or India-like experience" is the biggest attraction for foreigners moving to jobs in local firms. The larger playing field and challenging role content that employment in the country offers are other key allures, it said. 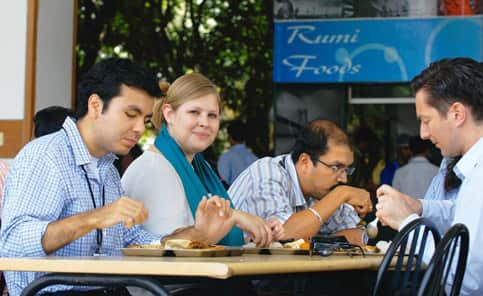 New experience: Brianna Dieter (second from left) has gone from being an intern to a programme manager at Infosys. Foreigners often find the Indian work culture very different from what they are used to. Hemant Mishra/Mint

“I have seen very good friends of mine either lose their jobs or getting downgraded," said Mackie, who oversees product development for Jaguar. “It was very sad watching from the sidelines."

Hikaru Kono, 24, graduated from Japan’s Rikkyo University in April 2009 when the world’s second biggest economy was battling the crisis and jobs were scarce. Fortunately for Kono, the Japanese arm of Indian software services firm Tata Consultancy Services Ltd was hiring. He joined the company and nine months ago moved to its Kolkata office.

The information technology analyst says he came to India because a large part of the project he was working on was being run out of Kolkata.

“If I come to India it is good for my career… It is the centre of outsourcing," says Kono, who lives in a paying guest accommodation in Kolkata which his employer’s human resources department helped him find.

His term in India will expire in another three months. “If I get another opportunity in India I would like to come back," says Kono, who has a bachelor’s degree in physics.

The Amrop study, titled To be or not to be: Expatriates in Indian Companies, cites the case of an expatriate hired for his “special knowledge of an industry (who) handled a scale of almost 30 times higher than his last job" and gained “unparalleled exposure".

There are minuses, of course, and a price to pay.

From the point of view of expatriates, shortcomings could range from an inadequate induction programme to differences in operating and decision-making styles and companies’ urge to cut costs once a “learning" benefit is extracted from a foreign employee, the Amrop study found.

Long hours, lower productivity and quality orientation, unfocused agendas of meetings and a lack of respect for privacy and personal space were some other complaints, it said, adding: “This is further marred by a relatively higher political environment at work."

Working in India often can be exacting for foreigners.

“It is a six-day week... Days are from daybreak to sunset," said Julian Groom, a Briton who is chief operating officer and executive director at Mumbai-based real estate company DB Group.

No time to play

Groom, who has been in India for 12 years, says he works 100-110 hours a week. “What were hobbies once are gone now," says Groom, who used to sail in the UK in his spare time.

Steve, 30, who did not want his second name to be revealed, says Indians work such long hours that they have no time left for hobbies.

A Swiss national, he used to work with a multinational construction company until February, when he quit, and has dealt closely with engineers in Indian construction companies. He thinks Indians often work long hours, but perhaps not so efficiently. He finds the work culture in Indian firms to be strict and hierarchical.

“The higher you go in the hierarchy they take advantage of their status and don’t do their own work any more," says the mechanical engineer.

Brianna Dieter, 27, has grown from being an intern in the global academic relations department at India’s second largest software services exporter, Infosys Technologies Ltd, to programme manager at the same department over five years.

“I don’t blend in. I’m white-skinned; I have blonde hair and blue eyes," says Dieter, who, like many Caucasian women, complains of being stared at. “There’s no hostility. It’s more curiosity," adds Dieter, a Fulbright scholar with a bachelor’s degree in sociology, who has learnt not to take the staring personally.

Dieter, an American from Seattle, now handholds Infosys’ 150-odd interns from 30 countries through the same challenges she faced first-hand, doling out advice on how to deal with spicy Indian food and how to travel safe.

Neither Dieter, nor Steve nor Groom, has any regrets about the choice they made of coming to work in India.

Dieter says she loves her job while India is an embellishment for Steve’s resume and has been a learning experience, both professionally and personally in the two years he has been here.

Groom, who set up the DB Group’s hospitality arm, DB Hospitality Pvt. Ltd, recently unveiled the luxury hotel Grand Hyatt in Goa and has plans to open two-three new hotels every year for the next five years.

Hard work apart, career growth in India can be jump-started if you’ve been to the right schools. “My Stanford degree matters a lot more here than it does in the US," says Valerie Rozycki, an American who holds a master’s in economic sociology from Stanford University and heads strategic initiatives at Bangalore-based mobile payments start-up mChek India Payment Systems Pvt. Ltd.

While she says mChek is much like the Bay Area start-ups of California, two of which she has worked with, “I may not have reached a leadership position (in a US-based, start-up) as I have here." Rozycki feels it pays to be different. “In the US, I’m one of many."

Next: Of culture shock and cows