New Delhi: In a move that reflects resistance to the government’s high-profile project to provide identity numbers so that, among other things, social welfare programmes can be better directed and financial inclusion gets a boost, a parliamentary committee has asked that the relevant draft Bill be reworked. 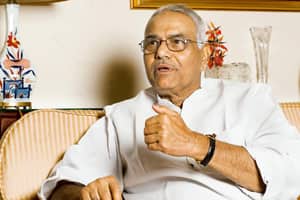 The proposed Act would provide for the creation of the National Identity Authority of India, which will oversee the implementation of the Aadhaar project to provide unique IDs. The Bill will ensure that the authority has the legal footing to execute the project. It also seeks to define the penalties for misuse of the data collected under the Unique Identification (UID) project.

“We have rejected the Bill," said Gurudas Dasgupta, Communist Party of India (CPI) leader and a member of Parliament (MP). “We found that the project is not necessary as there are many other ways of identification such as BPL (below the poverty line) card, voter identification card, etc. There is no merit in the project, it is just a wastage of government money," he said.

Only one MP, Rashid Alvi of the Congress party, has so far sent his dissent note on the issue. Alvi told Mint that the committee feels that the Bill is “unacceptable" in its present form. “I feel that it is our responsibility that we give recommendations or suggest amendments to the Bill. But it should not be outrightly rejected."

The Mail Today was the first to report that the committee had “rejected" the Bill on Thursday.

There have been differences in the committee over key issues regarding the project. Some of the concerns include the fact that Aadhaar gives just proof of residence and not of citizenship.

Another concern is around the cost of the project. One of the members who spoke on condition of anonymity said that there is lack of clarity on the total expenditure on the project.

There are also concerns around the privacy of the data collected under the project, and also the fact that other nations, including the UK, have abandoned their national identity projects.

Moreover, members have also argued that the Aadhaar number in itself is not mandatory, but it’s linkages with the government welfare schemes for citizens will make it mandatory.

The Bill was sent to the committee last year. It is up to the government to reject or accept the report of the committee in its entirety or partially.

The Unique Identification Authority of India (UIDAI), the nodal agency currently overseeing Aadhaar, has also been facing opposition from the Union home ministry, under which the National Population Register (NPR) is being created. The NPR follows the same biometric standards as Aadhaar, and the two projects were supposed to share data with each other. However, the home ministry has pointed out that it does not “trust" the UIDAI data and intends to collect its own biometrics. UIDAI has so far enrolled around 120 million people and has issued numbers to over 80 million.

NPR has set a target of collecting the biometric data of around 600 million Indians by December next year. The data collected will be sent to UIDAI for de-duplication and thereafter issuance of Aadhaar numbers. However, there are issues of overlap between the project for which a note has been sent to the cabinet committee on UID, headed by Prime Minister Manmohan Singh, who is supposed to take a final call on the issue.

Meanwhile, on Thursday, Alvi and BJP’s S.S. Ahluwalia got into a scuffle after Alvi accused Ahluwalia of leaking the committee’s report on the UID Bill.

The Bill contains provisions to ensure that sensitive data is protected. It lays down that “the authority shall ensure the security and confidentiality of identity information of individuals".

UIDAI is collecting fingerprints and iris scans of all residents, along with other information, for Aadhaar.

The Bill lays down penalties for impersonation using Aadhaar data, its unauthorized collection or dissemination of identity information, or unauthorized access to the central database, which will contain all individual details collected for Aadhaar. Although the Bill lays down that no information stored in the database shall be revealed by UIDAI officials, it allows disclosure of personal information in case national security is involved. UIDAI chairman Nandan Nilekani was not immediately available for comment.