London: Britain’s National Audit Office (NAO) is to probe the sale of nationalized bank Northern Rock to Virgin Money, the opposition Labour Party said, after the terms of the deal meant the taxpayer would effectively book a loss on the disposal.

The Labour Party said the National Audit Office had agreed to the probe following a call from Labour’s financial secretary Chris Leslie, who also urged finance minister George Osborne to delay the deal until the NAO had fully examined it. 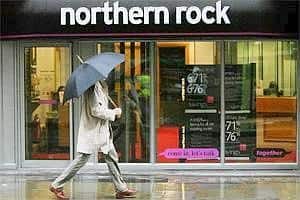 A file photo of a pedestrian passing by a Northern Rock branch in London, UK (Bloomberg)

However, since Britain had to pump £1.4 billion of equity into Northern Rock in order to support it through the credit crisis, the sale would effectively represent a loss of at least 400 million pounds.

“There is clearly strong evidence to suggest that this Northern Rock firesale represents poor value for money for the taxpayer and this investigation by the independent National Audit Office confirms that serious questions hang over George Osborne’s deal," Labour’s Leslie said in a statement.

“The Chancellor should consider delaying the sale, due on 1 January, until the NAO can assure the public that it is the right way to proceed," he added.

Northern Rock was fully nationalized three years ago after nearly collapsing during the credit crunch.

The group was starved of funding after banks abruptly stopped lending to each other in the 2007 credit crisis, triggering the first run on a British bank in many decades, and prompting the government to step in with emergency support.