New Delhi: Japanese Prime Minister Yoshihiko Noda on Tuesday said his country is keen to step up cooperation with India in different areas including security issues.

“I am determined to further step up the cooperation between the countries in areas like security and economics," Noda said here at a function organised by the Federation of Indian Chambers of Commerce and Industry and the India Centre Foundation. 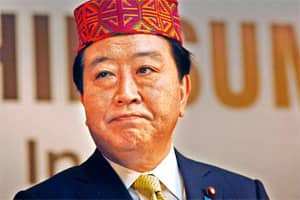 “We will have discussions (with Singh) and the exchange of views with him on various projects including the DMIC (Delhi Mumbai Industrial Corridor) project," he said.

Japan has shown an interest in a financial partnership on the $90 billion DMIC project, aimed at creating world-class industrial infrastructure along the Delhi-Mumbai Rail Freight Corridor that is under implementation.

Terming the bilateral relationship between the two countries as “complementary", Noda said that while Japan has the technology and capital, India has a young workforce as well as abundant demand for infrastructure.

“On the economic front, there still remains plenty of potential for beneficial mutual cooperation. Already over 800 Japanese companies have invested in India," he said.

India-Japan bilateral trade has shown a robust increase of 24% at $13.2 billion during January-September period on the back of a mutual free trade agreement.

Under the Comprehensive Economic Partnership Agreement, the two countries have slashed duties on a large number of items of trade. Significantly, Japan has given access to Indian pharmaceutical products.