Home / Politics / News /  SIT gives clean chit to Modi, 57 others
Back
Share Via

“According to SIT, no offence has been established against any of the 58 persons listed in Zakia Jafri’s complaint," metropolitan magistrate M.S. Bhatt said in his order on Tuesday. The order came on a batch of petitions in which Jafri, widow of former Congress member of Parliament Ehsan Jafri who was among the 69 persons killed in the massacre, had alleged criminal conspiracy against Modi and 57 others. 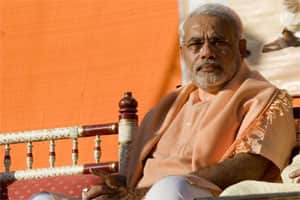 Jafri had filed a complaint against Modi, his ministerial colleagues, police officers and Bhartiya Janata Party (BJP) functionaries, accusing them of wider conspiracy in the riots in which more than 1,000 people, mostly Muslims, had been killed.

The apex court had ordered an inquiry into the complaint filed by her and appointed the SIT headed by R.K. Raghavan to probe the matter.

Reacting to the SIT’s closure report, Jafri said she was “pained" and vowed to continue her battle for justice, while the BJP said the 2002 riots could not be used as a “bogey" to sustain the campaign against Modi.

“It is a huge disappointment as the SIT has filed a closure report, worst fears have come alive," said Teesta Setalvad of the non-governmental organization Citizen for Justice and Peace, which is working for the riot victims.

Raghavan said the complainant will have an opportunity to contest the findings of the SIT report. “We have filed a report saying no evidence on the contents of the particular petition was available and we have recommended closure," he said. “We have done our duty to the best of our abilities," he said, adding that the integrity of the team could not be questioned.

Raju Ramachandran, appointed by the Supreme Court as amicus curiae (friend of the court), hoped his independent report on the SIT document will be also given to the complainant, who has a right to file a “protest petition" in court. Refusing to disclose the contents of his report, Ramachandran said he has given an “independent assessment" on the SIT report.

The SIT had submitted its report to the Supreme Court after conducting investigations into Jafri’s complaint during which it questioned several people, including Modi.

The Supreme Court, after going through the SIT report had asked Ramchandran to independently verify the SIT’s findings. He had also submitted his report to the Supreme Court. The apex court had after going through both the reports directed the SIT to submit a final report, along with the entire material collected by it to the court of the metropolitan magistrate. The SIT submitted its final report on 28 February.