The growing heap of electronic trash

As people increasingly use and then quickly discard electrical and electronic equipment, all growing economies are generating significant amounts of e-waste that is not easy to dispose.

Although the amount of e-waste generated in India is still small compared with developed nations such as the US or even with peers such as Brazil and South Africa, the problem of safely regulating and disposing the rejected material will prove to be a challenge, according to the Global e-Waste Monitor 2014 report that was recently released by the United Nations University. 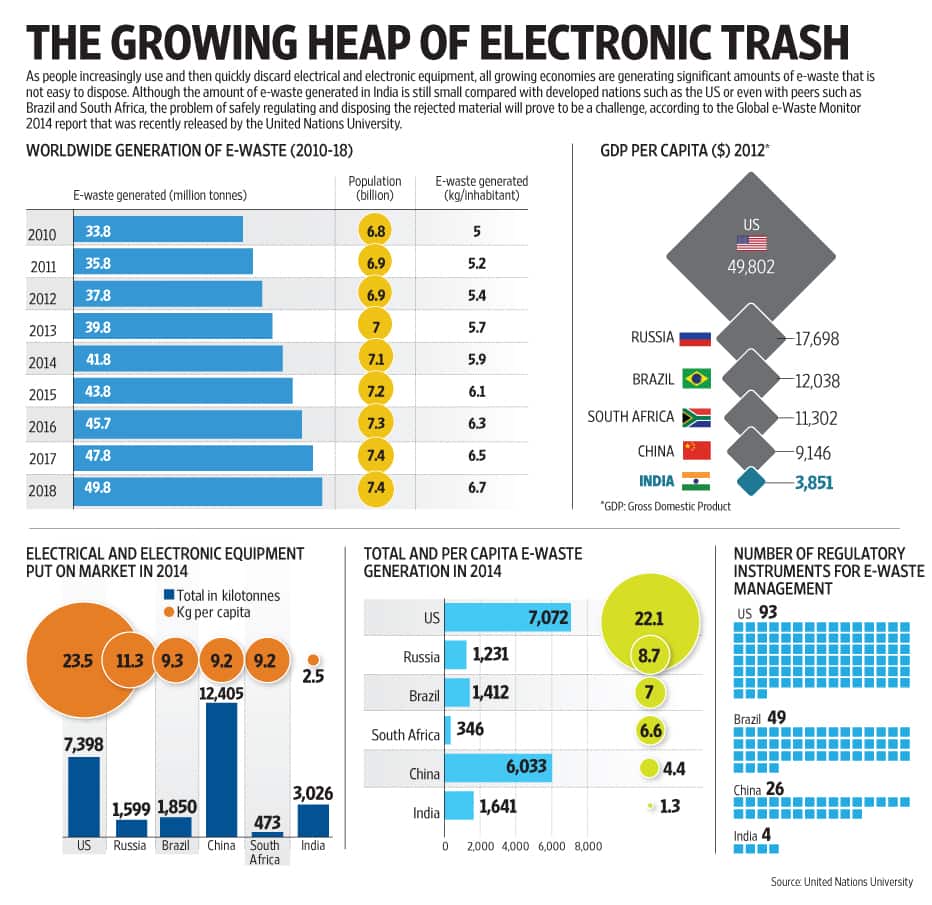