Olympics likely to make UK a costly destination this summer

Olympics likely to make UK a costly destination this summer

New Delhi: The United Kingdom, which expects a surge in visitors this year for the Olympics, may not be as attractive a destination as it usually is for Indian tourists this summer because of the sporting event driving up prices.

Many are looking to go elsewhere in Europe or to Asian destinations, according to travel agents, although the UK tourist authority doesn’t expect any drop in the numbers from last year. Higher spending is in any case expected to make up for any drop in numbers.

London will host the Olympics between 27 July and 12 August, the third time the city is holding the event after 1908 and 1948. 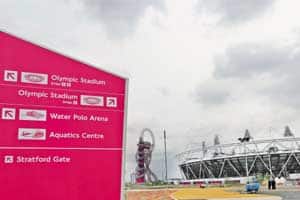 Top draw: The Olympic Stadium in London. The city will host the Games between 27 July and 12 August. Photo: Eddie Keogh/Reuters

“This is high-end hospitality," said S.D. Nandakumar, head, tour operating-B2B, Kuoni India. “Only people who will spend £4,500 (Rs 3.8 lakh) on the opening and closing ceremonies will go to London during the Olympics."

London during the Games will be prohibitively expensive for most Indians, since exchange rates are also not in their favour, said P.R. Srinivas, an independent hospitality analyst. The current is rate is ₹ 85.69 to the pound.

“From India, people are not going to go only for the Games. If it were a short-haul destination, they could have probably sold it for the event," he said.

Hotel tariffs in London are at least 50% higher this season, according to industry estimates. Delhi-London return tickets in July-August cost ₹ 48,000 to ₹ 1,50,000, against ₹ 45,000-55,000 in a typical year, according to online travel agencies, representatives of which declined to be named.

Britain expects Indian travel to remain in line with, if not exceed, last year’s number—353,000, down 4.8% from 2010—mainly led by leisure travel sponsored by companies, and rich patrons rather than regular tourists.

“The 2012 inbound visitor forecast suggests that the numbers of global visits expected next year will remain at the same level as that of 2011. This would see 30.7 million overseas visitor arrivals in 2012, spending £17.6 billion," said Paramjit Bawa, regional manager, India and the Middle East, at VisitBritain, the national tourism agency. “We expect a similar trend for visits to Britain from India."

The forecast is subject to various factors, he said.

“This includes any stalling of the global economy, our competitiveness and value against other destinations, and of course the impact that the hosting of the 2012 Games may have on the displacement of visitors," Bawa said.

Tour operators are trying to tap firms and high net individuals to make up for the shortfall from India, with customized packages for the Games.

The Olympics, especially the opening and closing, are nevertheless a big draw for those who can afford the tickets.

“We have already sold all the tickets for the opening and closing ceremonies. Demand is high for hockey and athletics. On the basis of bookings so far, customers have chosen on average a five-night stay with the inclusion of two events," Nandakumar said.

Excluzen, an online platform for the sale of luxury items and experiences including travel, is getting queries for Olympic packages, said Urvashi Bahuguna Sahay, founder and chief executive. “We have seen the demand for packages coming from our corporate clients, since ticket gifting is becoming quite popular. So we plan to offer customized packages in few weeks," said Sahay.

Demand is also being driven by football, a natural outcome of the following that the English Premier League has in India.

The industry expects spending by Indians will remain the same even as volume drops.

“The spends would match up because if it is not volume, it is niche," said Srinivas. “So going for incentive-driven organizations make a lot of sense."

In 2011, the average spend by an Indian leisure visitor was more than £500, for an average stay of eight nights, working out to an average spend of £61 (around ₹ 5,000) per night, according to VisitBritain. Experts said average spend per day per person may go up by 25%.

“I don’t think demand will go down," said Marcus Winsley, director, press and communications, at the British High Commission in Delhi. “Besides the Olympics, there will be cultural events including art exhibitions and street performances, which will be free, so anybody who is not interested in sport can enjoy that."