New Delhi: Saurav Arora spent the weekend at the Indian Institute of Management, Ahmedabad (IIM-A), chatting up directors and teachers, dining out at the canteen—and interviewing students he can hire for his brokerage. 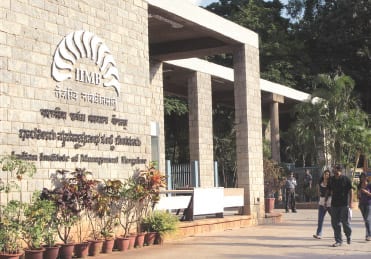 As the hiring season begins, recruiters are turning up at business schools to skim off the cream of fresh corporate talent being churned out this year.

Some of them, such as Arora, are not content with the standard format of campus interviews; they bring their own unique styles to the selection process to ensure that they get their money’s worth.

This often involves enlisting the help of previous hires from a particular campus. For instance, Suvojoy Sengupta, a partner heading Booz and Co.’s India operations, has kept himself informed of the goings on at IIM-A, and what the competition is up to, with his team of year-old recruits.

“You need to have gathered some data and intelligence before recruitment to narrow down candidates," he said.

By the end of his time on campus, Sengupta, who had also developed a rapport with the teacher in charge of placements, had a good idea of how many job offers were made overall.

“Hiring is a two-way match," said Sengupta, himself an IIM-A graduate. “We want good, smart people...who are willing to make a career with us."

For most recruiters, campus hiring is an expensive, high-stakes and intense process, almost as tiring for the panels of interviewers as it is for candidates—spent supervising hours of interviews, group discussions, psychometric and “culture fit" tests, case-study presentations and summer internship presentations. Devising case-study problems, sifting through applications and putting students on a shortlist precede this.

In between, recruiters also worry about getting the best candidates and managing their image, which affects their recruitment slot, on campus.

Most companies prepare for hiring by making a couple of advance visits to campus, even though a scheduled interaction with students costs them money.

“Cluster One recruiters almost always make one more visit," said Rohan Desai, a student who is part of IIM-A’s 298-strong class of 2010. The meetings, said Desai, are supposed to be “informal" and “non-evaluative".

Year-old alumni, who generally know the graduating class well, play a key role in keeping firms informed about which students might be worth hiring.

They also move around easily, hanging out with students to get fresh “intelligence". At campuses such as IIM-A, they have access to online software that announces student accomplishments, contest wins and even dorm events.

“It is a well-connected network," said Ravi Srivastava, an Indian Institute of Technology, Delhi, and IIM-A alumnus and partner at Boston Consulting Group.

The international consultancy made the highest number of eight offers to students in the first batch of recruiters at IIM-A this year. It will end up getting roughly 40 fresh graduates from IIMs, IITs and law schools put together.

“Word goes around for extremes, someone who has a ‘stud profile’ or a free rider", said IIM-A student Desai.

But the information flow is two-way. Alumni are also instrumental in getting a good word across about companies, especially those that are relatively unknown on campuses.

Arora of Jaypee was a first-time recruiter at campuses last year. Amid the economic slowdown, his firm emerged as the largest recruiter from IIMs, hiring 53 graduates in a total of 62 recruitments from all business schools. This time around, he is travelling with the team he had hired.

“The entire process is driven by alumni," said Arora, describing students’ comfort with what their peers tell them about his company as “a luxury that last batch didn’t have".