Thanks for Visiting Mint
You seem to have an Ad Blocker on. Please turn it off in order to continue, or whitelist Mint
HOW TO TURN OFF AD BLOCKER
OR
REFRESH IF YOU ALREADY TURNED OFF THE AD BLOCKER
Home >Politics >News >&#8216;Govt not looking to challenge 2G licence order&#8217; 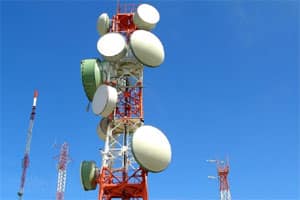 “We are not looking at challenging the cancellation of the licences per se," Chandrashekhar told reporters on the sidelines of an event.

The government has one month from the date of the apex court’s 2 February judgement to file a review petition.

“There are a number of issues that arise from the Supreme Court order and these require careful analysis which is what we are doing... not only analysis of the issue but what are the legal options in terms of actions that can be taken," Chandrashekhar said.

Tata Teleservices moved the apex court seeking a review of the judgement cancelling its licences for the 2G spectrum in three areas, which were alloted during the tenure of former telecom minister A. Raja. The firm earlier contended that it had applied for these licences more than 18 months before the 2008 licensing process began. The court had also imposed a cost of ₹ 5 crore on Tata Teleservices.