A difficult balancing act for the budget

A difficult balancing act for the budget

The Union budget for 2012-13 is going to be presented in Parliament only by mid-March. Rarely has the budget presentation been postponed from the last working day of February in the history of modern India. By 29 February, assembly by-elections would have been completed but for Goa and the last phase of Uttar Pradesh. The Election Commission has no objections to the presentation of the Union budget on 29 February itself as long as it does not contain any specific proposals. But the Union finance minister has chosen to wait for the election results. He wants to weigh the mood of the people before he makes up his mind.

The choices before him are complex and tough. 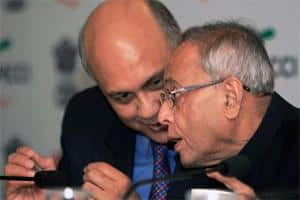 It is expected that the finance minister will complement the anti-inflationary monetary policy with efforts to contain the fiscal deficit in the budget for 2012-13. But this task has been made extremely difficult given the appearance of recession on the horizon. The credit squeeze has already had an adverse impact on demand for consumer durables and the investment mood. The result was a deceleration in industrial growth which actually shrank by 5% in October. The finance minister himself openly expressed his worry. The expected annual growth rate was revised to 7%, if not lower, for 2011-12.

The severity of the euro zone crisis is dragging the world economy into yet another recession even before it has fully recovered from the recession of 2008. It is going to adversely affect Indian exports and further bring down the growth rate. India had succeeded in emerging out of the 2008 recession through a combination of a stimulus package and credit expansion. However, on the eve of the new round of global recession, India is on a weak wicket. In 2007-08, the Indian economy grew at 9.2% and the Wholesale Price Index chugged at a moderate rate of 4.5%. The current account deficit as a percentage of gross domestic product (GDP) was only 1.5% compared with the expected rate of above 3% in 2011-12. The combined fiscal deficit as a percentage of GDP was only 5% whereas it is expected to be about 10% for the year 2011-12. The stock market benchmark has already fallen by 25% compared with last year. The budgetary measures required by the recessionary conditions are the converse of those for containing inflation.

T.M. Thomas Isaac is a former finance minister of Kerala.