Govt proposes to give more power to state power regulators

Govt proposes to give more power to state power regulators

New Delhi: In the wake of the recent power grid collapse, government proposes to give more powers to the state regulators through an amendment in the Electricity Act likely to be introduced during the next Parliament session.

“There is a need to provide more power, more teeth to the State Electricity Regulatory Commissions (SERCs). They should be given more liberty so that grid discipline is enforced by them," power minister Veerappa Moily told reporters in New Delhi.

The ministry has already appointed a Task Force, headed by chairman CEA (Central Electricity Authority) which is consulting various stakeholders in this regard. 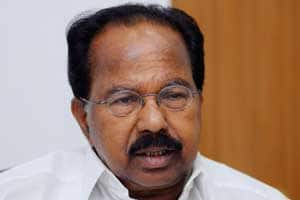 “We want the new (amended) Act to be more reforms based, more principle based and I also propose to introduce that in the Winter session of the Parliament," he said.

At the end of 11th plan period (2007-12), the share of private power companies rose from 21% to 55%, he said, adding if emphasis is not given on distribution, they will have no incentive.

“The proposal now is that the orders of the state regulators should be treated as ‘civil decree’ or which can be enforced by law," Moily said.

“Put some governance and reforms for the greater functioning of the state electricity boards and enforcement of rules and regulations by SERCs," he said.

“There should be performance appraisal of the state regulators, we are looking at that," he added.