London/Beijing: The euro zone is on track for its second recession in three years, China’s once booming manufacturing sector is contracting at a faster pace than previously reported, and the United States is widely seen as struggling to keep up its pace of growth.

Business surveys released on Thursday painted a global picture of economic malaise from Beijing to Berlin. 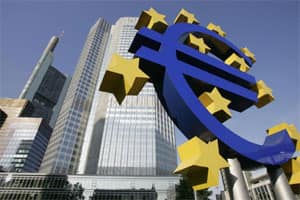 It came on the heels of the HSBC Flash China manufacturing PMI falling to 47.8 for August, its lowest level since November and well down from July’s final figure of 49.3.

Growth in the United States manufacturing sector is also expected to have slowed in August. US data due at 1258 GMT (0628 pm).

“The indicators taken as a whole indicate a material slowdown in the pace of the world economy," said economist Philip Shaw at Investec.

The euro zone composite PMI, which measures manufacturing and services together, was actually slightly better than a month earlier, nudging up to 46.6 and just pipping forecasts for it to hold steady at July’s 46.5. But was still its seventh month in a row below 50, the dividing line between contraction and growth.

“August’s flash euro zone PMI does nothing to challenge the notion that the single currency area is now firmly in recession," said Jonathan Loynes, chief European economist at Capital Economics.

More worryingly, the downturn in smaller euro zone economies is clearly taking root in the core. The flash composite PMI for Germany fell to a three-year low, a fourth straight month of contraction.

German economic growth slowed to 0.3% in the second quarter on a sharp drop in investment, adding to evidence that it can no longer be relied on to pull the euro zone out of a deep slump, data showed earlier on Thursday.

“Another reminder that a chronic lack of economic growth in the euro zone will continue to impede efforts to bring the debt crisis to an end," Loynes said.

The euro zone economy shrank by 0.2% in the three months to June, according to official data. Economists polled by Reuters last week predicted a similar outcome for the current quarter, with no growth until the start of next year.

Falling demand from debt-ridden Europe, China’s single biggest export market, has put the Chinese economy under pressure, with the ripples now being felt across the world.

Japan said on Wednesday that exports slumped the most in six months in July as shipments to Europe and China tumbled.

Exports from Taiwan, a key part of the global technology supply chain, fell for a fifth straight month in July and South Korea, home to major carmakers, computer chip and flat-screen producers, recorded its sharpest export fall in July in nearly three years.

“Today’s PMI report is a clear reminder that the slowdown is not yet over and that the Chinese economy is still too shaky to recover without ongoing policy stimuli," said Nikolaus Keis at UniCredit.

“The pressure on the Chinese authorities to further step up their policy accommodation is therefore growing."

China has been fine tuning policies to keep growth on track without releasing curbs on the property sector.

In contrast central banks in the developed world have slashed interest rates to near zero and injected trillions of dollars into the money supply in efforts to support growth.

The European Central Bank is expected to cut rates by 25 basis points to a new record low of 0.5 percent when it meets next week, but analysts say that will do little to stimulate lending.

The US Federal Reserve is likely to deliver another round of monetary stimulus “fairly soon" unless the economy improves considerably, minutes from the US central bank’s latest meeting suggested.