Finance ministry not in favour of using state grants for roads

Finance ministry not in favour of using state grants for roads

New Delhi: In a clear signal of a rollback in government spending from the fiscal year beginning April, the finance ministry is discouraging the highways ministry from using state grants to develop 20,000km of roads in the 12th Five-Year Plan.

Instead, the ministry has suggested that the highways ministry prefer the build-operate-transfer (BOT) model, where the private developer has to put up the capital to develop a project and also bear the risk. There are two types of BOTs—one based on tolls and the other on a government annuity payout. 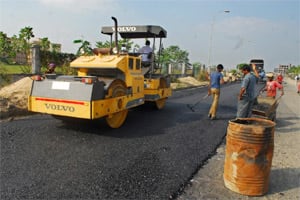 In 2005, the cabinet had implied that new road networks should be developed using grants through the so-called engineering, procurement and construction (EPC) contracts after it recommended the preparation of a model EPC contract. Mint has reviewed a copy of the final draft of the model EPC agreement that will be sent for cabinet approval.

However, in the last week of December, the finance ministry had a rethink and communicated its revised stance, three officials familiar with the development said.

The three officials—one each from the finance ministry, the highways ministry and the National Highways Authority of India—spoke on condition of anonymity because they are not authorized to speak with the media.

EPC is a form of contracting under which a road developer undertakes to design a highway, procures the materials for construction and builds the project for the bid price.

The 12th Plan, which gets underway in April, proposes 20,000km of roads to be broadened to two lanes through EPC contracts. Officials said that at an average cost of ₹ 3-3.5 crore per km, the total outlay for this would be in excess of ₹ 70,000 crore.

Under BOT-toll contracts, a project developer builds the road, operates the concession for a specific period, levying a toll on users to recover the investment, and transfers it back to the government. A BOT-annuity road contract is one where the government pays the developer an annuity every six months over the concession period.

EPC projects are typically deemed unattractive for the private sector because they are generally located in areas that are either insurgency-hit or low in traffic. The government’s own preferred methods of awarding road contracts have been the BOT models.

The finance ministry official said the highways ministry wanted to bypass the so-called waterfall model and offer road projects for EPC contracts without first determining whether the BOT route could be explored.

The waterfall model says the government should first try the BOT-toll method of contracting a highway with BOT-annuity the next preferred mode. Only when these two are found to be infeasible (with the number of vehicles on a given road at fewer than 5,000 a day) should the government consider EPC contracting.

“They had sought our opinion on it. In our opinion, we have said that the ministry should stick to the waterfall model," this official said.

Such a model had been recommended by a panel set up under former cabinet secretary and Planning Commission member B.K. Chaturvedi.

A former highways ministry official (not one of the three officials mentioned earlier), who also did not want to be identified, agreed with the finance ministry’s view.

“Where will the government get ₹ 70,000 crore to build 20,000km via the EPC route?" the former official asked. “The EPC route is being pushed by some people in the Planning Commission."

Gajendra Haldea, an adviser on infrastructure in the Planning Commission, maintained he was not aware of the stand taken by the finance ministry.

“Having said that, BOT-annuity is 10-15% costlier compared with EPC, as contractors typically raise money at an interest of anywhere between 11.5% and 12.5% compared with 8-9%, which the government has to pay," he said.

The highways ministry was working out a revised model for EPC contracting to make bidding more transparent, Mint had reported on 20 November. The ministry is considering the award of engineering work to contractors under the EPC model, according to the report.

Currently, contractors typically execute only procurement and construction as part of EPC contracts, while engineering and design are the responsibility of government-contracted consultancies. Contractors currently place their bids on the basis of costs incurred on road construction.

India’s apex planning agency now wants to award such contracts on a turnkey basis, under which the lowest bidder will be awarded the contract and will be responsible for building the road and maintaining it for a specified period, Mint reported.

Highways minister C.P. Joshi in a telephonic interview last Sunday that a model EPC agreement would soon be finalized and sent to the cabinet for approval. He did not comment on the finance ministry’s stand on EPC contracts.

Sangeeta Singh contributed to this story.