New Delhi: The cabinet on Tuesday referred to a ministerial panel a proposal to charge mobile phone carriers a one-time fee for their existing second-generation (2G) airwave holdings, based on a price to be determined by an upcoming auction, a senior government official said.

Any decision to charge a one-time fee would hit those mobile phone carriers, including Bharti Airtel, Vodafone and Reliance Communications, that are not affected by a Supreme Court order to revoke permits granted in a scandal-tainted 2008 sale and are not required to bid in the auction. 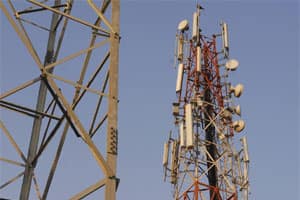 The telecom ministry has proposed asking all mobile phone operators to pay for their existing airwaves based on the auction-determined price for the remaining validity of their telecom permits, in what government officials say is aimed at creating a level playing field.

The panel of ministers, which also has the final say on the auction rules, is yet to decide the base bidding price. The telecom regulator Trai had suggested an auction starting price that is nearly 10 times higher than what carriers paid in the 2008 sale, drawing howls of protests from the industry.

The panel’s decision on the one-time fee will, however, have to be passed back to the cabinet for final approval.