WHO has declared only four PHEICs this decade, the latest one for the Zika virus and microcephaly and other abnormalities reported in Latin America

New Delhi: The World Health Organization (WHO) on Monday declared that the recent clusters of microcephaly and other neurological abnormalities reported in Latin America constitute a Public Health Emergency of International Concern (PHEIC). This is only the fourth time such an emergency has been declared by WHO since 194 countries across the globe agreed to implement the International Health Regulations (IHR), 2005, a binding instrument of international law which came into force on 15 June 2007.

The first PHEIC was declared in 2009 in response to cases of swine influenza A (H1N1) reported in Mexico and the US which eventually became a pandemic that killed at least 18,449 people across the world. The next was in 2014, when a wild polio virus spread from three infected states to other countries. Later that year, another PHEIC was declared after the Ebola virus disease outbreak which left more than 11,000 people dead. 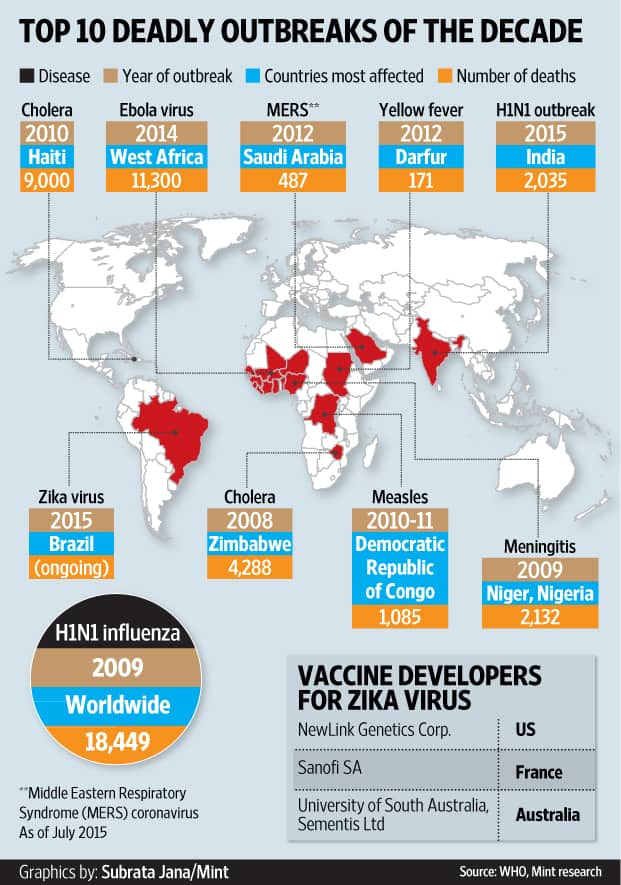 Although there are no available vaccines for the disease right now, companies and organizations are already racing to develop the first one, especially as the vector mosquito is closely related to dengue and is spread by the same species of mosquito.

These companies include French pharmaceutical company Sanofi SA, NewLink Genetic Corp. in the US, and Australian company Sementis Ltd which is working in collaboration with University of South Australia.