Thanks for Visiting Mint
You seem to have an Ad Blocker on. Please turn it off in order to continue, or whitelist Mint
HOW TO TURN OFF AD BLOCKER
OR
REFRESH IF YOU ALREADY TURNED OFF THE AD BLOCKER
Home >Politics >News >Congress says hasn&#8217;t formalized next President

New Delhi: Congress on Monday sought to distance itself from the speculation over the names of possible presidential candidates, saying the formal process to choose the next President is yet to take off.

“The president of India is an extremely august office. This is not an office which should be brought into the realm of unnecessary speculation. While it is true that the term of the current president will be ending in July it is also a fact that formally the process to choose the next president has not kicked off," Congress spokesperson Manish Tewari told reporters outside Parliament. 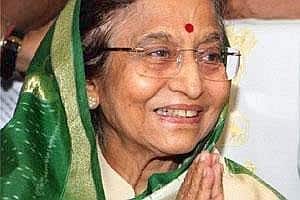 Referring to the ongoing discussion on presidential election, he said, “Yes, there may be discussions taking place at certain levels. But speculating over the discussion, I do not think brings any credit to the august office of the president. One should allow the whole process to play itself out other than create an unnecessary hype about the whole thing."

Congress leader and defence minister A K Antony had on Sunday met DMK chief M Karunanidhi as part of consultation process among UPA allies on the presidential election.

Karunanidhi on Monday said in Chennai, “We expect a good president. Antony proposed (some names) and so did I. But we cannot tell you the details."

Asked about the outcome of the talks, DMK MP Kanimozhi said, “It was a one-to-one discussion and our leader will decide."