Athens: Greece will have to leave the euro zone if it fails to clinch a deal on a second, €130 billion bailout with its international lenders, a government spokesman said on Tuesday.

It was an unusually public stark warning from the embattled country, aimed at shoring up domestic support for tough measures and possibly also at the lenders themselves. 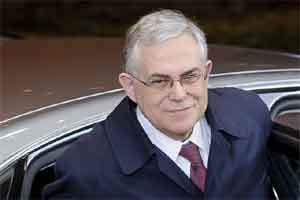 Greece is racing against the clock to agree with the EU, the IMF and private bondholders on the details of the rescue plan before a major bond redemption in March. It risks a default if there is no deal by this date.

Athens and its EU partners have repeatedly ruled out a euro exit, which could drag the bloc even deeper into crisis, and usually avoid saying this is a possible scenario.

But top Greek officials, who need to push through unpopular reforms to clinch the bailout deal, have warned over the past few days that a return to the drachma would be “hell" and that the country must stick to austerity to avoid it.

EU, IMF and ECB inspectors are expected in Athens mid-January to flesh out the new bailout plan agreed in principle by EU leaders in October to avoid a Greek default and a euro exit.

Opinion polls show Greek voters want the government to do all it takes to stay in the euro even if they disagree with austerity reforms.

Asked if the government would have to take extra austerity measures to make up for last year’s fiscal slippages, Kapsis said: “We will see. There could be a need for extra measures."

The talks with bankers on a debt swap deal that is a key aspect of the rescue plan are particularly difficult.

“The next three to fourth months are the most crucial and that is the reason this government exists," Kapsis said.

Prime Minister Lucas Papademos said in a New Year’s Eve address over the weekend that Greece must stick to reforms to stay in the euro.