Sasikala convicted by Supreme Court, AIADMK on the brink

The apex court upheld her conviction, which entails a four-year prison sentence, in a corruption case that dates back two decades. New amendments to the law now prohibit a convicted politician from holding or contesting for public office for six years after completion of the sentence.

Till the ruling was pronounced, Sasikala was locked in a power struggle with O. Panneerselvam, the caretaker chief minister. The general secretary’s faction of the AIADMK reacted to the judgment by sacking Panneerselvam from the party and appointing Edapadi K. Palanisamy as the chief minister designate—signalling an imminent split in the party. 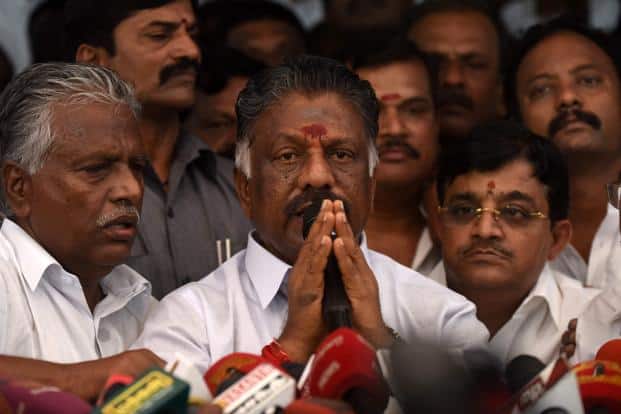 All eyes will be on the governor as both sides staked individual claim as the rightful political heirs.

Panneerselvam was removed from the post of the party’s treasurer on 7 February after claiming that he was forced to resign as CM, triggering the ongoing political turmoil.

Following Jayalalithaa’s death on 5 December, Sasikala was made the general secretary of the AIADMK on 31 December and elected leader of the AIADMK legislature party on 5 February. Panneerselvam resigned as the chief minister to pave the way for Sasikala’s elevation.

ALSO READ | How Sasikala was convicted in disproportionate assets case: A timeline

On Tuesday, however, Panneerselvam appealed to AIADMK legislators to take the right decision in the current context and called on them to unite. “We have the majority and I’m sure the governor will call on us to form the government," said Lok Sabha deputy speaker M. Thambidurai, who is supporting Sasikala.

The court also directed Sasikala to surrender immediately at the trial court in Bengaluru. 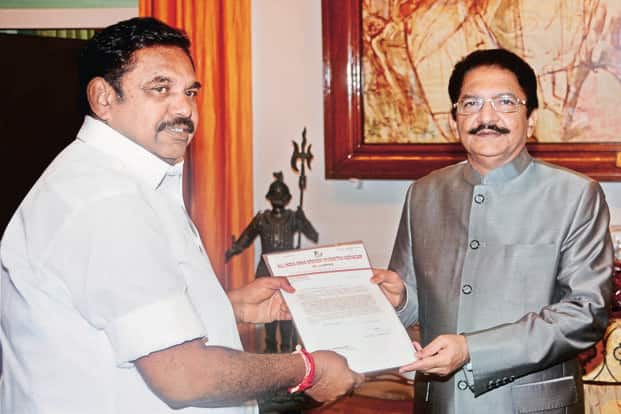 One of the legal options available to Sasikala is a review petition that can be filed before the apex court in case of an apparent error in the judgment.

Sasikala was a close aide of late chief minister J. Jayalalithaa. Jayalalithaa was the first accused in the case centred on allegations that they possessed assets disproportionate to their income.

“Whenever there was trouble for Amma, Sasikala accepted it as hers. Even now she has done the same thing," said a member of the Sasikala camp after her conviction.

After the Supreme Court convicted Sasikala and her associates V.N. Sudhakaran and J. Ilavarasi in the disproportionate assets case, scenes of jubilation were witnessed at Panneerselvam’s home.

Opposition Dravida Munnetra Kazhagam (DMK) working president M. K. Stalin said after 21 years, justice had prevailed with the conviction of Sasikala and her associates in the case.

“We will not support anyone to form the government," said K. Anbazhagan, general secretary of the DMK.

Immediately, Sasikala and the other accused in the case will have to surrender before justice Ashwath Narayan, in-charge of the special court in Parappana Agrahara, Bengaluru. According to a senior government advocate, there is no defined deadline for Sasikala since the judgement says “forthwith" and depends on how she interprets it.

ALSO READ | What next for Sasikala and Panneerselvam’s camps?

She will be lodged in Parappana Agrahara, which has over 4,000 inmates. According to senior police official, no special treatment will be given unless there is a court order based on health grounds of the convict. The jail does not have a special cell to house high-profile inmates.

In September 2014, Jayalalitha stayed in the dispensary ward of the jail where three beds were removed and she was housed there.

“Rather than who forms the government, it is about who is denied from forming the government," said N. Sathiya Moorthy, director of New Delhi-based think thank Observer Research Foundation’s Chennai chapter.

Despite the number games that continue to be played between the two AIADMK camps, “a split is evident and how it turns out remains to be seen. The conviction for Sasikala is not going to make any big difference as far as the future of the party is concerned," he added.