New Delhi : Prime Minister’s economic advisory panel chief C Rangarajan has described the dip in factory output in September as “disappointing" and said industry may grow by just 6% in the current fiscal, as against the earlier projection of 7%. 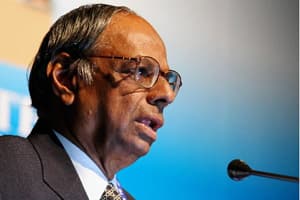 The index of industrial production (IIP) slipped to a two-year low of 1.9% during September, mainly on account of poor performance of the manufacturing and mining sectors. (PTI)

Washington: Aiming to strengthen its ties with countries in the Asia-Pacific region, the US has said it wants to actively support India’s Look East policy and is committed to broader, deeper and more purposeful ties with it.

“Our ability to build a successful regional architecture will turn on our ability to work effectively with the emerging powers, countries like Indonesia, or India, Singapore, New Zealand, Malaysia, Mongolia, Vietnam, Brunei, and the Pacific Island countries," secretary of state Hillary Clinton said in her remarks at the East-West Center in Honolulu, Hawaii.

As such the US is making a concerted effort to build closer and more extensive partnerships with all these nations, she said.

“India and Indonesia in particular are two of the most dynamic and significant democratic powers in the world, and the United States is committed to broader, deeper, more purposeful relations with each. And we want to actively support India’s Look East policy as it grows into an Act East policy," Clinton said.(PTI)

London: Barclays Private Equity is being bought out by its own management team and will be relaunched as Equistone Partners Europe, the British bank said on Friday, adding that the value of the gross assets being sold off was expected to be around 45 million pounds ($71.5 million).

Barclays, which last month posted higher profits as gains in its retail banking and credit card business offset a slowdown at its investment banking arm, has sold off non-core assets over the course of the year to improve its overall returns.

Last month, it sold its Russian retail and commercial banking operations to local banker Igor Kim, while in June it sold a portfolio of funds worth $740 million to French insurer AXA.

Barclays said the Equistone business would continue to manage its existing three funds on behalf of its existing investors in the Barclays Private Equity funds. Barclays would remain an investor alongside those funds and the largest single investor in Equistone’s investments to date.

The bank added that the sale of Barclays Private Equity was not expected to have a material impact on its earnings per share or capital ratios.(Reuters)

Beijing: Chinese banks lent ¥587 billion of new loans in October, up from ¥470.0 billion in September and roughly matching ¥588 billion in October 2010, the central bank said on Friday.

The rebound in bank loans last month offered fresh evidence that the People’s Bank of China has started to ease monetary policy a bit to help economic growth.

Annual growth in China’s broad M2 measure of money supply eased to 12.9% from 13.0% in September.

The median forecast by economists was for an issuance of ¥500 billion in October and a 13.0% rise in M2 last month.(Reuters)

US calls for ‘strong plan’ by Europe to rescue economy

Honolulu : US treasury secretary Tim Geithner called on Europe to come up with a “strong plan" to rescue the global economy and urged Asia to do more to help restore world growth.

After hosting a meeting of Asia-Pacific finance ministers in Hawaii, Geithner said talks had been dominated by how to make growth more balanced and sustainable in the future given the crisis unfolding in Europe.

“We are all directly affected by the crisis in Europe, but the economies gathered here are in a better position than most to take steps to strengthen growth in the face of these pressures from Europe," he said.

“The crisis in Europe remains the central challenge to global growth. It is crucial that Europe move quickly to put in place a strong plan to restore financial stability."(PTI)

Tokyo: Japanese drugmaker Otsuka Holdings Co and Danish peer Lundbeck on Friday said they had formed a global alliance for the joint development and sale of up to five psychiatric and neuroscience drugs.

The deal could bring Otsuka, Japan’s No.2 drugmaker by revenue, up to $1.8 billion in royalties and milestone payments, it said in a statement.

For Lundbeck, the deal included an acquisition of rights to two compounds which could give the Danish group total accumulated revenue of more than 50 billion Danish crowns ($9.1 billion) if fully developed and marketed, Lundbeck said.

“This is the biggest partnership agreement in Lundbeck’s history," said chief executive Ulf Wiinberg in the statement.

“Our prospects for securing long-term growth will be significantly strengthened by this agreement," Wiinberg said.(Reuters)

Honolulu: Europe’s economic troubles won’t be solved quickly, so Asia-Pacific countries need to plan their own policy response over the medium term, a top World Bank official said on Thursday.

“Everybody expects this weakening of the European economy is going to be quite long because the adjustment is going to be quite severe and significant," she said in a Reuters interview on the sidelines of the Asia-Pacific Economic Cooperation summit in Honolulu. (Reuters)

Beijing: New solar power capacity in China, the world’s top energy user, may quadruple from last year to more than 2.0 gigawatts (GW) this year, an official of the research arm of the National Development and Research Commission (NDRC) said on Friday.

China’s total solar power capacity could reach around 3.0 GW by the end of this year, Li Junfeng, deputy director-general of the Energy Research Institute of the NDRC, told the China Energy Enterprises Summit Forum.

In August, China set unified benchmark grid feed-in power tariffs for solar projects for the first time, a move that analysts said would be positive for solar power developers given a fast falling trend in development costs.

The government has raised its installed solar capacity target for 2020 to 50 GW, up from the previous goal of 20 GW, state media have quoted Li as saying.(Reuters)

Bangkok: The chief of the central bank of Thailand said on Friday he saw room to be flexible with interest rates as businesses suffer during the worst floods in half a century, the strongest suggestion yet Thailand may loosen monetary policy.

Slowing growth was a bigger risk than inflation in Thailand, Southeast Asia’s second-biggest economy, Bank of Thailand governor Prasarn Trairatvorakul said, although he added that any short-term stimulus should be temporary.(Reuters)

Beijing: Chinese state-owned oil company Sinopec Group said on Friday it had agreed to pay $3.54 billion to Portuguese oil firm Galp Energia for a 30% stake in its deep-sea oil asset in Brazil.

The deal marks China’s latest move to win influence over Western-owned energy assets to feed its fast-growing economy. It is also Sinopec’s major purchase in Brazil in just a year after it made a $7 billion purchase from Repsol for a 40% stake in its Brazil division.(Reuters)