New Delhi: The government will infuse additional capital into public sector banks (PSBs) in a move that is aimed at easing credit availability in the economy ahead of general elections due by May. The measure is likely to be announced in Parliament on Thursday.

Responding to questions about how much capital the government will infuse, economic affairs secretary Subhash Chandra Garg said, “Wait for the supplementary demand (for grants) which is likely to come up tomorrow."

State-run lenders have been struggling with a massive pile of bad loans, as well as huge losses, forcing the government to infuse funds to ensure that they meet the prescribed capital norms and can boost credit disbursements.

If the government is going for additional capital infusion, there has to be a new source of funding, said Madan Sabnavis, chief economist at Care Ratings. 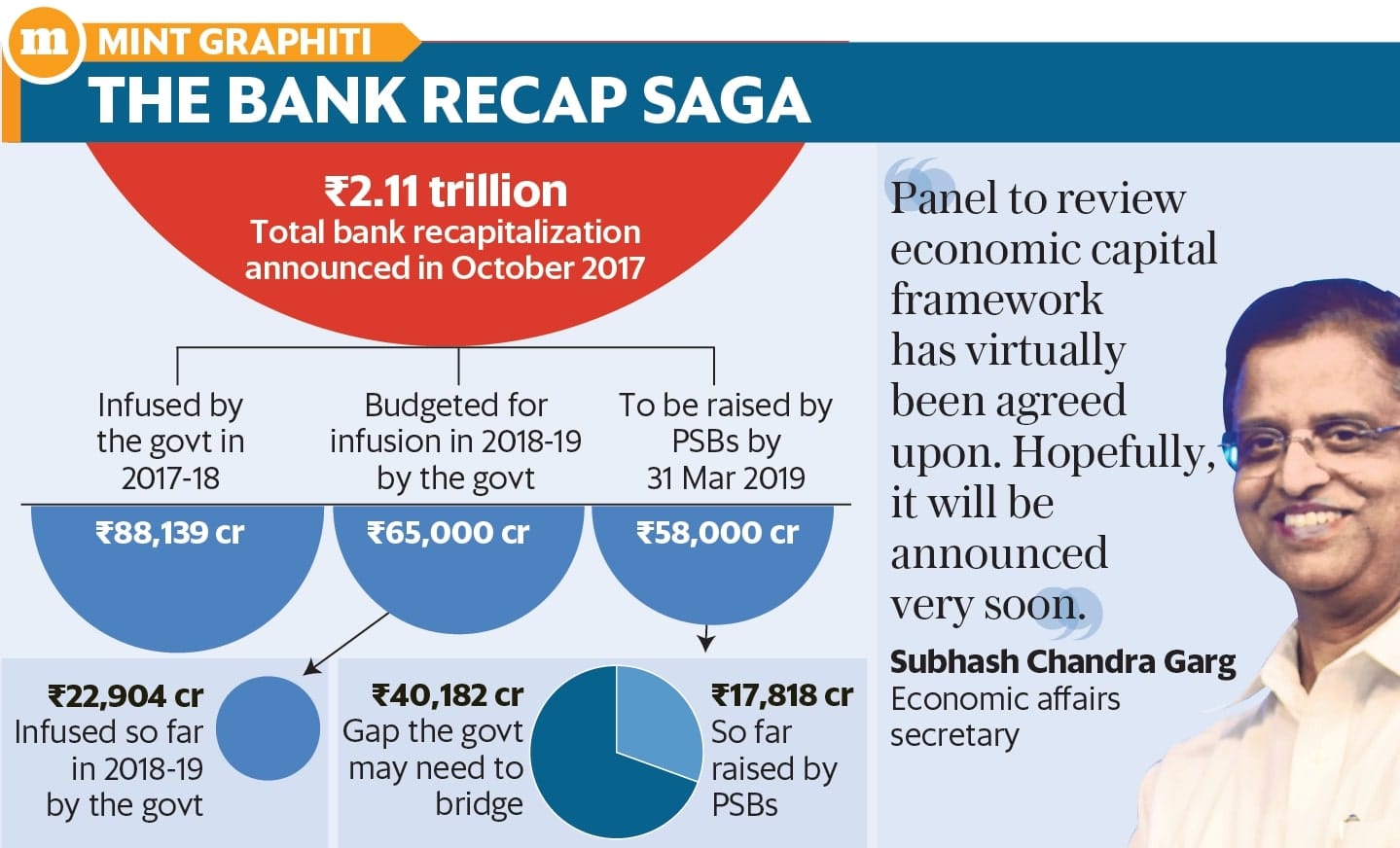 “Given that the RBI governor has changed, it is quite possible that some additional money could be brought in from the central bank in the form of dividend. Given the tightly packed budget and the government’s stand to maintain its expenditure commitments, it is not in a position to cut down on capital expenditure," he added.

Garg, who was speaking on the sidelines of an event organized by the PHD Chamber of Commerce and Industry, said the government would ask for an interim dividend from the Reserve Bank of India but denied any plans to dip into the reserves of the central bank. “We are only seeking a review of the economic capital framework. The panel to review economic capital framework has virtually been agreed upon. Hopefully, it will be announced very soon," Garg said.

He added that the government would meet the current year’s fiscal deficit target of 3.3% of GDP.

Though the PSBs are required to raise ₹ 58,000 crore from the market, given their dire state, they have been able to raise only ₹ 17,818 crore, leaving a gap of ₹ 40,182 crore for the government to fill. The government infused ₹ 88,139 crore into PSBs during 2017-18 and a provision of ₹ 65,000 crore has been made in the budget for the current year. Till November-end of this fiscal, ₹ 22,904 crore had been infused by the government into seven PSBs.

The capital infusion will help a few PSBs to come out of RBI’s prompt corrective action (PCA) framework.

Out of the 21 state-owned banks, 11 are under the PCA framework, which imposes lending and other restrictions on weak lenders. These are Allahabad Bank, United Bank of India, Corporation Bank, IDBI Bank, UCO Bank, Bank of India, Central Bank of India, Indian Overseas Bank, Oriental Bank of Commerce, Dena Bank and Bank of Maharashtra.

State-run banks will also be helped by RBI’s decision to extend the timeline for full implementation of Basel III norms for bank capital by a year, which would free up ₹ 37,000 crore and enable them to lend up to ₹ 3.7 trillion. Banks will now have to meet the capital conservation buffer norms under Basel III by 31 March 2020.

The rule is designed to ensure that banks build up capital buffers at times when credit is growing, which can be drawn down when losses are incurred during a stressed period.