New Delhi: Negotiations for a free trade agreement (FTA) between India and Australia may be put on the fast track after Australian Prime Minister Julia Gillard recently announced her willingness to sell uranium to India, setting aside her country’s longstanding reservations over supplying the nuclear fuel to the country. 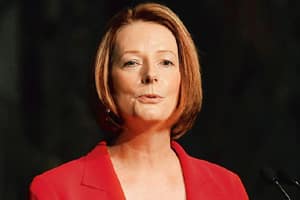 The second round of talks for the bilateral deal was held on 17-19 November in Canberra. The first was in July.

“The uranium sale and the attack on Indian students (in Australia) were two contentious issues on which the ministry of external affairs had a problem," the commerce ministry official said on condition of anonymity. “If Australia agrees to sell uranium to India, then we hope the negotiations could be put on a fast track and could be concluded within a year’s time."

A spokesperson for the ministry of external affairs declined to comment.

Gillard will take a proposal to her Labor Party’s national conference on 2-4 December seeking to allow Australia to sell uranium to India.

“The Labor Party’s current platform prevents us from selling uranium to India because it is not a part of the Nuclear Non-Proliferation Treaty. I believe the time has come for the Labor Party to change this position," Guillard said at a press conference in Canberra on 15 November.

“Bilateral agreements with countries like Australia should be seen as a building block for the regional economic architecture in the East Asian region," said Ram Upendra Das, senior fellow at New Delhi-based Research and Information System for Developing Countries, a think tank.

India already has trade agreements with South Korea, Japan and the Association of Southeast Asian Nations.

An FTA with Australia will provide India access to markets in East Asia, allowing it to counterbalance the growth of strategic and economic rivals such as China in the region. China is negotiating a comprehensive FTA with Australia. If signed, the agreement will give Chinese firms an edge over Indian rivals in the Australian market.

Addressing the 18-member East Asia Summit earlier this month, Indian Prime Minister Manmohan Singh also pushed for putting in place a comprehensive economic partnership in East Asia as a part of economic integration of the region.

The commerce ministry official said the negotiations with Australia are not complex.

“We know our sensitive areas. We know where we want market access in goods. We need to negotiate a services agreement, but it is not that difficult," the official added.

India is Australia’s largest export market for gold and chickpeas, the second largest market for coal and copper ores, and the third largest for lead and wool.

Coal, gold, copper ores and concentrates, and petroleum account for over 80% of India’s imports from Australia. India’s major exports to Australia are pearls and gems, other jewellery, rotating electric plants, and pharmaceutical products.

Welcoming India’s decision to launch FTA talks, Australia’s minister for trade, Craig Emerson, in May said “such a deal would broaden the base of merchandise trade, remove barriers to services trade, facilitate and encourage investment, and address behind-the-border obstacles to trade."

Elizabeth Roche contributed to this story.