In India, it is universally believed that only the Union budget of 1991 has had the style and substance that legends are made of. While there is no denying that the budgetary package of 1991—which included some pre-budget and post-budget announcements—changed budget making forever, there are a few other Union budgets that have had a profound impact on the economy. 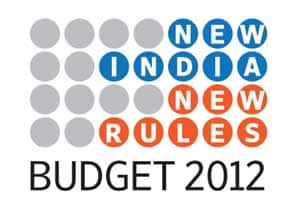 As such, up until the 1980s, most budgets have been situational. With the economy lurching from one crisis to another, these budgets were overwhelmed by the context in which they were being presented. Very few of them looked beyond their accounting year.

If the budgets in the 1940s were heavily influenced by partition and the war, those in the 1960s were driven by foreign exchange and food crises. In the 1970s, the budgetary speeches, if not the statements, showed great concern and nervousness about stagnation and inflation. It is in this phase that budgets became hostage to political expediency rather than being subservient to political ideology as they were in the 1950s.

In the 1950s and in the 1990s, a handful of budgets were ideologically rooted—heavy-duty political economy stuff! By and large, in these two decades, budgets ceased to be accounting statements and became instruments to further the cause of an economic ideology. This factor made them similar in substance though poles apart in style and stance.

While budgets in the 1950s were used to finance the socialistic temples in a modern but insular India, the ones in the 1990s were drafted to open the gates of a poor but competitive India. Between the two lie the warp and weft of all kinds of economic ideologies, ideas and initiatives that make up Indian budgetary history. Here is a pick of the six most influential budgets of our times:

Much before C.K. Prahalad wrote and the world discovered the “Bottom of the Pyramid" model, Indira Gandhi made the clearest exposition of this concept in her maiden budget speech by stating that “the weaker sections are the greatest source of economic strength". 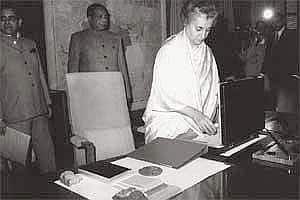 It’s the first budget that made special provisions for a number of centrally sponsored schemes and discretionary transfers to social groups, thereby combining social welfare expenditure with future growth potential.

This approach led to the centralization of expenditure by adding a new dimension of expenditure underwriting to the already existing revenue sharing in Union budgets. By doing this, the budget set the fisc on the irreversible path of high spending through fiscal centralization. The budgetary implications: The revenue surplus almost disappeared, paving the way for a perennial revenue deficit.

Coming right after big-bang bank nationalization, it institutionalized not only the soft budget constraint but also paved the way for India to become a nanny state.

This budget, more than any other in history, changed the face of fiscal federalism in India. It accepted the recommendations of the 7th Finance Commission and absorbed the impact which doubled the share of states in Union excise duties to 40% from 20%. The budget sowed the seeds of indirect tax reforms by accepting some of the recommendations of the committee on the subject headed by L.K. Jha. Even though it stopped short of a major restructuring of excise, it did initiate a recast of the rates on a wide range of consumer and finished products. Importantly, it brought down the list to a mere 16 from a few hundred commodities.

Finally, value added tax (VAT) first appeared in this budget, albeit in an embryonic form. The budget extended proforma credit facilities in respect of duty on inputs in the manufacture of finished products. This was done on an experimental basis for the engineering industry, where duty on inputs was high. 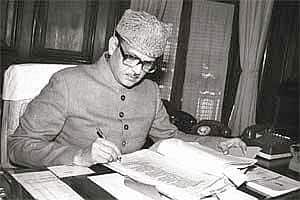 By announcing a well-thoughtout and indigenously designed Long-Term Fiscal Policy coterminus with the Five-Year Plan, this budget imparted a stable framework for the government’s fiscal policies.

The budget suggested a major overhaul of excise as part of the policy that sought to reduce the cascading effect of multi-point excise levies. The Long-Term Fiscal Policy recognized the need to widen the tax base, rather than just playing around with the rates.

It was a leap of imagination as it proposed the creation of a venture fund to finance and incubate knowledge ideas, ventures and promote indigenous technology. Venture capital was only to come into vogue in the late 1990s!

By doing exactly the opposite of what he had himself, as secretary general of the South Commission, recommended developing economies to do less than a year earlier, Manmohan Singh made history. 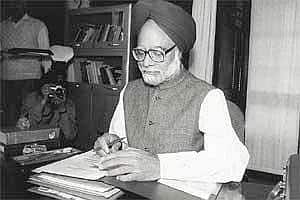 A new direction was given to trade policy reform, representing the beginning of a transition from a regime of quantitative restrictions to a price-based mechanism. The policy regime was liberalized and the foreign investment limit in high-priority industries was raised to 51%.

The administered interest rate structure was considerably relaxed, giving greater flexibility to the structure of interest rates. A floor rate of interest was stipulated through the Reserve Bank of India (RBI), providing freedom to commercial banks as well as term-lending institutions to charge interest rates above the floor level based on their perception of risk.

This was the clockmaker’s budget, not the time-teller’s budget. It set about building an institutional structure and a regulatory framework. Its basic theme was to create and align the regulatory framework with the open economy. The economy had moved from being a control economy to being a regulated one without any change in the institutional set-up. This budget introduced the Foreign Exchange Management Act, a new Companies Bill and a new direct taxes Bill. A scheme of ways and means advances by RBI to the central government was introduced to accommodate temporary mismatches in the government’s receipts and payments that were not a permanent source of financing the government’s deficit.

Chidambaram’s “dream budget" had a nightmarish end as the government fell before it could be implemented. But to his credit, Sinha didn’t let the dream die. He pushed the envelope on reforms out of choice and with conviction, not because of any compulsion. This budget did for the urban middle class what land reforms did for the rural poor. This budget incentivized house-building activity by giving a tax holiday for approved housing projects—100% deduction from profits for first five years and 30% deduction for the subsequent five years. It increased deductions against income from house property and allowed the carry-forward of losses from house property against future income under the same head to be allowed for eight years. Section 80GG in respect of deduction for rents paid was reintroduced.

Sinha also saw that the time had come to move on to the next stage of indirect tax reform: introduction of value added tax (VAT). Since the participation of states was critical to productionize the plan, Sinha set up an empowered group of finance ministers, something that has endured and is now playing yet another pivotal role in preparing the country for the final stage of indirect tax reforms—introduction of a single goods and services tax.

Are there any commonalities among all the above exceptional budgets? What is it that transforms a routine factual statement of government accounts into a great budget?

If the above six budgets are any indication, a great budget, like great art, is not about style; it can take any fiscal stance and meet the financing needs in any style. What it needs to do is shake up the players and stir up the economy.

Haseeb A. Drabu is an economist, and writes on monetary and macroeconomic matters from the perspective of policy and practice