Mumbai: A division bench of the Uttarakhand high court has directed the state government to award the 200 megawatts (MW) Mapang Bogudiyar project to Reliance Infrastructure Ltd (R-Infra), a part of the Anil Ambani-led Reliance Group. The hydropower project had earlier been awarded to a consortium of GVK Industries Ltd and Larsen and Toubro Ltd (L&T).

R-Infra had appealed against the decision in the Uttarakhand high court, following which a division bench comprising chief justice Barin Ghosh and justice U.C. Dhyani directed the state government on 27 April to award the project to R-Infra “on such financial consideration at which the same was awarded to GVK". 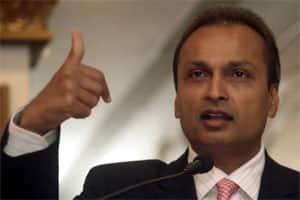 “We will study the court judgement and seek review at an appropriate forum," said a spokesperson for GVK Power and Infrastructure Ltd. A senior GVK official, speaking on condition of anonymity, said his company will contest the verdict.

Spokespersons for L&T and R-Infra declined to comment on the outcome.

The state government had awarded the project along with another 170MW hydropower project, Bogudiyar Sirkari Bhyol, to a consortium formed by GVK and L&T in 2005.

In June 2009, R-Infra filed a writ petition challenging the state government’s action on the grounds that the financial bid submitted by GVK-L&T was invalid. The bid was said to be invalid since it didn’t meet an essential criteria of the net worth and net cash accrual of the lead partner not being less than 26% of the consortium as a whole.

GVK was the lead partner in this case. The net worth and net cash accrual of GVK was only 11% and 14% of the consortium, respectively, according to the 27 April order.

R-Infra and GVK filed appeals, challenging different aspects of the November 2010 judgement before the division bench. R-Infra sought cancellation of the decision to give both the projects to the L&T-GVK consortium and appealed that it should get the 200MW project, being highest legal bidder. GVK challenged the court’s earlier order to cancel the allotment of the 200MW project.

In the latest verdict (on 27 April), the division bench observed that the awarding of the two projects to the GVK-led consortium was malafide and held that the financial bids submitted by it “have no value at all in the eyes of law".

It directed the state government to award the 200MW project to R-Infra and said it was obligatory in the public interest to ensure that R-Infra matched GVK’s offer. GVK had offered a premium of Rs6.05 crore to bag the project, while R-Infra had offered Rs5.30 crore.

An R-Infra official, speaking on condition of anonymity, said his company was willing to match GVK’s offer.

The court also directed R-Infra to pay Rs16.83 crore to GVK within 30 days from GVK raising a written demand for such a sum and after the 200MW project is awarded to the former. The payment is the consequence of a proposal made by R-Infra’s counsel in the case to reimburse the consortium half the expenditure incurred towards preparing a detailed project report, minus legal and professional charges.

In the case of the 170MW project, the court “left the matter with the state". It observed that the government may cancel the contract in respect of the said project and undertake a fresh bidding exercise to establish it was acting “rationally, reasonably and impartially", and if it wasn’t doing so, it should offer reasons supporting its decision and communicate the same to the three companies concerned.

The L&T-GVK consortium was the sole financial bidder for the 170MW project. R-Infra indicated in its petition that if the project was readvertised for bidding it would enable other qualified bidders, including itself, to participate in the process.