New Delhi: The government plans to change its overseas marketing strategy and seek the help of private companies for the first time to attract more foreign tourists to India. 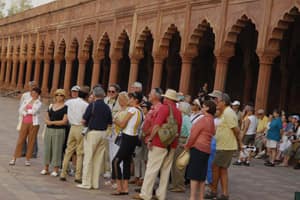 Tourism offices may be opened in new locations as well.

After the assessment, some tourist offices may be expanded or relocated, according to a report prepared by a working group on tourism for the 12th Five-Year plan that starts 1April.

“The tourism offices overseas are not accountable right now," said Iqbal Mulla, president, Travel Agents Association of India, an industry lobby. “They need to be made accountable in terms of growth in tourism from the respective markets."

The ministry is also considering a plan to appoint marketing representatives to expand its presence.

“Involving private parties to do marketing was a suggestion of the finance ministry," said the official at the tourism ministry. “Appointment of such market representatives rather than opening offices would reduce cost, enable us to overcome the problems such as language and cultural barriers and create our presence globally."

The ministry had last month invited “expressions of interest" from public relations and advertising companies for marketing and promotion of India’s tourism in 16 potential and emerging markets including countries such as Spain, Russia, Ukraine, Kazakhstan, Thailand, Malaysia and South Korea.

“If there are private parties involved, their work will be actively recorded," said Mulla. “For existing offices, they should also involve private parties for marketing, because government officials are administrators and not marketing executives."

The move will help in meeting the government’s goal to attract 20 million tourists by 2020 from 6.2 million now, he said.