Davos: The European Union may pass a triple whammy environment policy in the first half of this year that would bring a rapid jobs boost, cut energy bills and improve the environment by one simple measure: keeping Europe’s buildings in good repair. 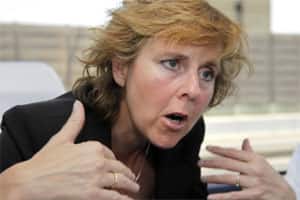 “We have proposed a percentage of 3% a year, and that’s out of an employment perspective as well," she told Reuters at the World Economic Forum at Davos.

With Europe’s economy in the doldrums because of the euro zone debt crisis and unemployment at 9.8% in November, politicians are desperate for ways of providing growth but unwilling or unable to pay for a stimulus package.

“It’s estimated that that energy efficiency alone could generate 500,000 jobs in the years up to 2020. But we also have other initiatives in the climate field where all in all there is the potential of creating 2 million new jobs up to 2020, if we get it right.

“It’s a sector where they could actually have the labour in there very fast."

Companies that might benefit from a revamp of public buildings include insulation specialists Kingspan Group and SIG Plc, as well as builders like German construction firm Hochtief.

Cutting energy use is also an important policy aim because of the twin risks of environmental damage and reliance on expensive energy imports. The EU has put an embargo on oil imports from Iran from July, further squeezing its supplies.

The retrofitting work would be supported by the EU budget and would help European governments to save money in the future by cutting wasteful energy use, as well as boosting employment.

The European Parliament and EU member governments would have to back the proposal, which the European Commission launched last autumn. Denmark, the current holder of the European Union presidency, is determined to have the measure in place by the time its six month term ends in June, Hedegaard said.