New Delhi: The Indira Gandhi National Open University, or Ignou, has put itself up for examination.

In the first such case in India, the national university for distance education has invited feedback from its students and alumni to correct mistakes and improve the quality of the education it offers. 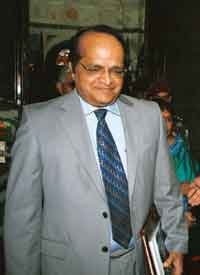 The varsity will come out in the open with the feedback from the public by March and then begin reforms to improve its functioning, vice-chancellor V.N. Rajasekharan Pillai said.

Several government panels, including one led by academician V.K. Chadha, had earlier called for making teachers accountable to students, but the government has been soft-pedalling such suggestions.

“It’s a one-of-its-kind step. We realized that there was no better way to evaluate and critique our performance than ask our students who are our core target group. It will be an annual affair from now on," Pillai said.

The move comes after the university’s academic council approved the initiative in October. The students and alumni of the university can now log on to its website to submit feedback after furnishing details of their association with the university.

The student feedback mechanism to assess universities is common practice in Western countries such as the US and the UK. All UK universities, for example, have to give contact details of a sample of recent graduates to the Higher Education Statistics Agency of the UK government to enable it to conduct surveys. These surveys are used as inputs in developing and reviewing education policy in the US. They are also used to build university league tables. The universities themselves use the survey data to assess the long-term impact of the student experience.

Ignou’s decision to open the floor for student feedback comes on the heels of growing criticism of the loose regulation of its study centres by the University Grants Commission (UGC), the regulator for universities in India.

“We have a large pool of students and instructors, but it is a mammoth challenge to oversee how they function since none of them are in direct contact with each other," said Pillai.

About one in every 10 Indian students enrolled for a higher education course signs up with Ignou. While teaching and research form the mainstay of its academic activities, the varsity also launched the first virtual campus in India, beginning with the delivery of computer and information science courses via the Internet.

While the university currently offers 175 academic programmes comprising 1,100 courses at the certificate, diploma and degree levels, Pillai said the number of complaints pouring in centred around the irregular delivery of course material to students. “A high-level group at the university will also look at other aspects of our services—whether it is material delivery, question papers, academic course correction, et al. Once we do it, it would show how serious we are about real assessment," he said.

Educationists hailed Ignou’s move as a big leap towards more accountability in higher education in India, which is often marred by delays in examination results, poor quality of education in several deemed and state universities, and various educational malpractices. “It is normal for students to evaluate universities and as it is being done here, it’s a good idea," said Yash Pal, former chairman of UGC and an eminent scientist, who has suggested to the government a slew of measures to rejuvenate higher education in India as chairman of the Committee on Renovation and Rejuvenation of Higher Education.

Ananth Krishnan, chairman of the board of governors at the Indian Institute of Technology, Kanpur, however, termed the move “artificial".

“Student feedback must be made an inbuilt process in universities wherein opinion is sought during the examination process, award of degrees and other such student experiences. Ignou appears to be aiming at random feedback," he said. Krishnan recently headed a government-appointed panel to assess the functioning of deemed universities in India, which over the past several months have drawn flak for irregularities in their fee structures, academic appointments and lack of transparency in administrative functioning. The government had earlier this year ordered a probe into these universities, which had been granted the deemed status by UGC.