New Delhi: The prime ministers of India and Pakistan are likely to meet on the sidelines of the upcoming South Asian Association for Regional Cooperation (Saarc) meeting in the Maldives early next month, providing a fresh impetus to the renewed peace efforts between the two countries with a series of official-level talks.

The meeting will be the second between India’s Manmohan Singh and Pakistan’s Yousuf Raza Gilani this year. 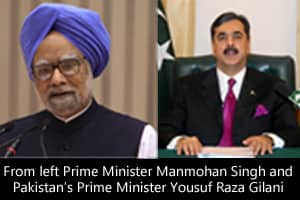 Another official said the Singh-Gilani talks were “highly likely." He, too, did not want to be named. The Pakistan high commission in New Delhi, however, did not confirm plans for the meeting.

Singh’s first meeting with Gilani this year took place on 30 March when the latter accepted Singh’s invitation to visit Mohali to watch the India-Pakistan cricket World Cup semi-final. The dialogue on the margins of the event was described as “extremely positive and encouraging" by then foreign secretary Nirupama Rao. It provided a boost to the official talks that resumed after Rao had met her Pakistani counterpart Salman Bashir in the Bhutanese capital, Thimphu, in February.

The break in dialogue happened after a terror attack in Mumbai in November 2008 that left 166 people dead. India blamed Pakistan-based terrorist groups as well as elements in Pakistan’s army for plotting the attack. India also suspended talks with Pakistan saying it was not doing enough to punish the guilty. Subsequent attempts to resume talks did not yield results. It was only this year that both sides began talks again with the aim of narrowing differences on a series of issues.

The resumed talks have yielded small steps in efforts to reduce the trust deficit. There has been an agreement to liberalize visa rules for businessmen and some other categories of people and unanimity on tripling bilateral trade from the current $2 billion to $6 billion in the next three years.

Reports last week said Pakistan foreign minister Hina Rabbani Khar had told the country’s National Assembly that Pakistan had in principle decided to grant India a “most favoured nation" status—a move that would give a fillip to bilateral commerce.

Analysts say the progress made by India and Pakistan had to be viewed in the context of the situation in the subcontinent. “Pakistan has been under immense pressure from the US in recent months. Ties between the two have frayed considerably," said Kalim Bahadur, a former professor of international relations at Jawaharlal Nehru University, New Delhi.

Bahadur was referring to relations between the two allies in the war against terror taking a nosedive, especially after US troops killed Al Qaeda leader Osama bin Laden in Pakistan on 2 May. Pakistan was informed about the operation hours after it took place, which upset Islamabad considerably and dented the image of the country’s powerful military establishment.

The US also cut $800 million given as military aid to Pakistan to pressure it to increase cooperation in the war on terror. “In this scenario, Pakistan would like to keep relations with India relaxed so that it can better face pressure from the US," Bahadur said.

Former foreign secretary Lalit Mansingh doubted breakthroughs on key disputes, though he said there could be some progress on visa liberalization and trade.