The business interests of Amar Singh and Jaya Prada

While Singh is trying his luck from Fatehpur Sikri, the actor-turned-politician Jaya Prada is vying to get into the Lok Sabha from Bijnor. Both constituencies are in Uttar Pradesh.

Jaya Prada, along with her sister Soundariya Puvala, controls Studio 9 Motion Pictures Pvt. Ltd and has, along with Singh and his wife Pankaja Kumari Singh, a stake in Energy Development Co. Ltd which, in turn, has a web of subsidiaries in
the hydropower sector, according to data with the Registrar of Companies (RoC).

Jaya Prada did not respond to queries sent to her publicly listed e-mail addresses. Queries e-mailed to an aide to Singh remained unanswered. 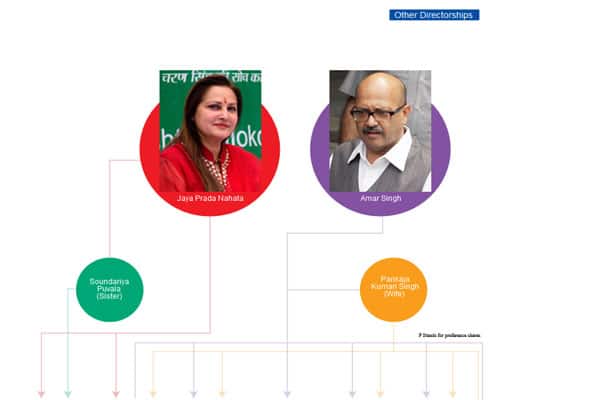