New Delhi: Andhra Pradesh, with 175 non-governmental organizations, tops the list of states where 600 NGOs that have been blacklisted by the Rural Development Ministry on Wednesday are functioning.

"We have to stop the scam involving public money," said Rural Development Minister Raghuvansh Prasad Singh in announcing the ban.

The 600 NGOs banned by the government up to March this year were funded by Council for Advancement of People’s Action and Rural Technology, which works as a liaison between the government and NGOs. The Council formulates projects and selects NGOs that can implement them. It also funds projects proposed by NGOs in different states, to take care of various development-related tasks. The blacklisted NGOs will not be allowed to start functioning again. 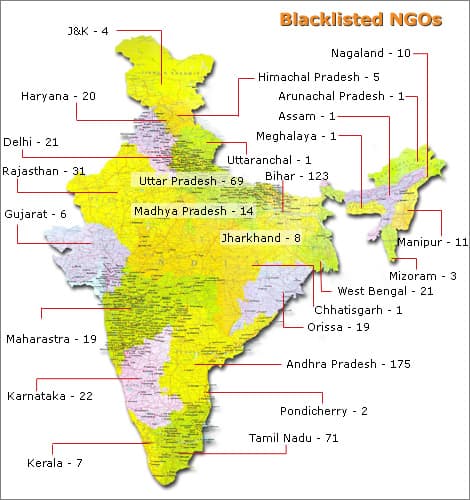